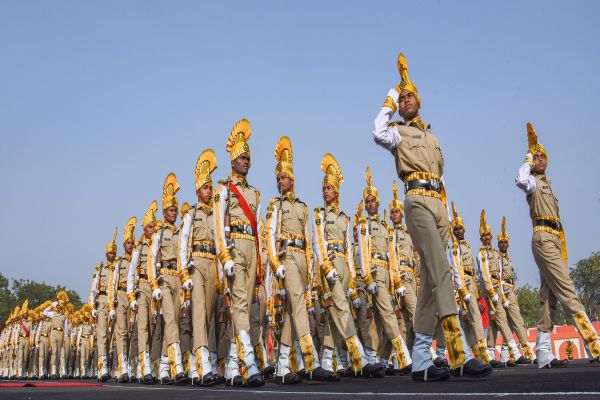 CISF: Its mandate, objectives and functions

The CISF contingent marching at their Passing out parade.

CRPF is deployed to assist the Civil Administration under the State Governments / UT Administrations in matters relating to maintenance of Public Order, internal security and counter insurgency.

The Rapid Action Force (RAF) and Commando Battalion for Resolute Action (CoBRA) are specialized wings of the CRPF to deal with the riots and Left Wing Extremism / insurgency respectively.


Some important Information about CISF

What is the Mandate of CISF

For example CISF is currently providing

The specialized task of airport security was assigned to CISF in the year 2000 in the wake of hijacking of Indian Airlines Flight IC-814 to Kandahar.

The CISF also looks after the security of 46 sensitive and hyper-sensitive Government Buildings in New Delhi.

CISF has also been mandated to provide protection to the VIP protectees of various categories across the country.

The CISF provides technical consultancy services relating to security and fire protection to industries in public and
private sectors.

You must have read a news regarding CISF guarding private citizens. How is that possible provided that CISF is a government agency?

The CISF Act was amended to enable the Force to provide security, on payment basis, to private/ joint venture industrial undertakings, which are vital for the security and economy of the country.

Hence the largest refinery of Reliance in Jamnagar is guarded by the CISF.