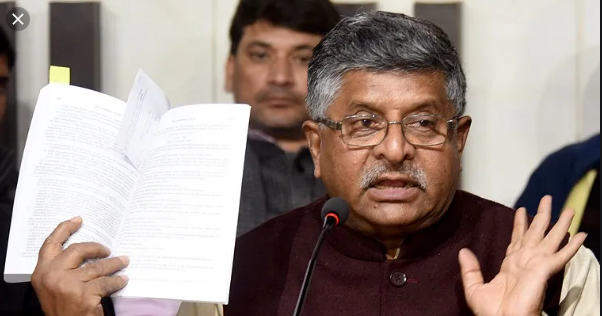 ‘CAA is perfectly legal and Constitutional, does not relate to any Indian’--The Hindu-30-12-2019

Law Minister’s statement on the Citizenship (Amendment) Act (CAA) and the protests against it.

Under Article 246 of the Constitution, Parliament has got the exclusive power to make laws with respect to the matters listed in the Union List of the Seventh Schedule.

Item 17 in the Union List deals with citizenship and naturalization of aliens. Therefore, only Parliament has got sovereign powers to legislate on citizenship.

The main arguments against the CAA have been that it goes against Article 14 of the Constitution which guarantees equality before the law and equal protection before the law.

Defending the move, the Law Minister points to the fact that there have been many judgments from the Supreme Court where it has been stated that if there is a reasonable classification of groups who form a class by themselves, then that legislation will be valid.

A persecuted, victimised group based on the faith of six communities from the three countries Pakistan, Afghanistan and Bangladesh, which are declared Islamic countries, form that reasonable classification.

One of the main concerns against the CAA was that by its provisions it was leading to exclusion of Muslims from benefitting from the CAA.

The fear among the minorities

There has been a palpable fear among the minorities that the CAA along with a possible NRC could only disadvantage them in terms of citizenship. There is a continuum being drawn between the CAA, the NRC and the NPR by those protesting.

Clarifying against such arguments the Law Minister has stated that CAA does not relate to any Indian. The CAA involves granting citizenship to people and is not about taking away anyone’s citizenship.

The Census is an enumeration of Indians after every 10 years. It has a constitutional sanction. The Census Act mandates that the statistics of individuals and households cannot be disclosed. The NPR which is a register of usual residents and not citizens can help release data which can be used by both the centre and the states for better targeting of welfare schemes. The NPR has legal backing.
Rule 3, sub-clause 4 of the citizenship rules states that the Central Government may decide the date by which a population register might be prepared.

Allaying fears regarding a proposed National Register of Indian Citizens (NRIC), the Union Law Minister has clarified that any NRIC would be implemented only through a due legal process ensuring that it would not lead to harassment of genuine citizens.

Need for the Amendment

There have been concerns that there was no need for the CAA given that there were enough provisions in the unamended Citizenship Act to provide citizenship to persecuted minorities.

The Citizenship Amendment Act still allows individuals not covered under its provisions to be considered for citizenship. The CAA only intends to hasten the process of citizenship through naturalization for the group of communities mentioned in the CAA provisions. Individual asylum, protection for people of all religions and from all countries will continue to exist.

Article 25 provides for all persons, not just citizens, the right to freely profess, practice and propagate religion. The CAA intends to protect this right of the persecuted minorities.

The people opposing the CAA have the right to protest and express their opinions. The government needs to acknowledge the right to dissent and protest for all Indians.

Any challenge to the CAA must follow the due process. The Judiciary needs to look into the apprehensions and concerns regarding the CAA. The use of violence is not excusable in such protests.