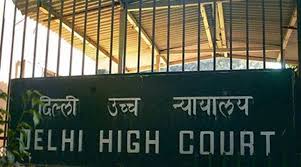 The Delhi High Court has directed the Centre and the city government to hold top-level meeting to deliberate on measures to curb domestic violence and protect the victims during the ongoing lockdown. The Bench which heard the case through videoconferencing on April 18, also issued notice to the Centre, the Delhi government and the National and Delhi women commissions seeking their stand on the petition by April 24. The NGO, represented by advocates Arjun Sayal and Mithu Jain, sought strict enforcement of the provisions of the Protection of Women from Domestic Violence Act, 2005. During the hearing, the Delhi government and Delhi Commission for Women said that there are sufficient measures in place to safeguard victims of domestic violence and child abuse amidst the lockdown.