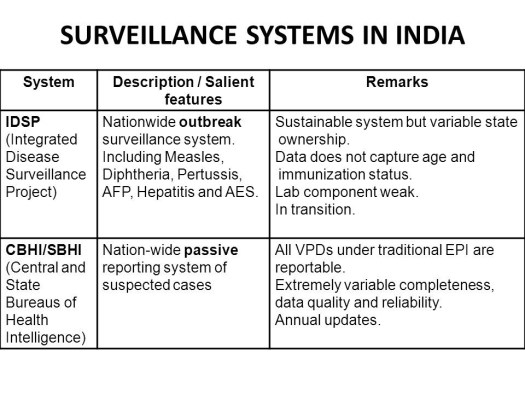 In a recent press briefing, the Ministry of Health and Family Welfare reported noticeable trends with respect to COVID-19 cases in India. The disease is lethal for those with compromised immunity brought on by age, existing respiratory infections, or essentially, malnutrition. In technical medical terms, this is a situation of comorbidity, which in ways makes it difficult to differentiate between dying of COVID-19, or, dying with COVID-19.

In comparison to many western countries combating the disease, India appears to have the advantage of a relatively young population. This is, of course, negated by the poor health conditions of the vast majority of Indians.

There are many among the poor who are battling various diseases but now have little access to major public hospitals in the wake of the lockdown. In such circumstances we can expect an aggravation in the poor health conditions already affecting large sections of people who have limited access to health-care services.

Many of the adverse medical conditions prevalent among the vast majority of our country are not even identified due to the lax disease surveillance system. The failure of disease surveillance requires explanation. For one, a significant number of the infected do not have access to health-care facilities and so fail to report their condition to certified medical practitioners.

They claim many lives, especially of the poor who are victims of low immunity and have limited access to health care. Sources claim that RTI kills over 900 people in India every day. Shockingly, 99% of these deaths are reported from developing countries, and India has a larger share in it.

The large number of hospitalisations, enormous deaths and suffering caused by contagious undifferentiated diseases indicate the prevalence of persistent but undeclared silent epidemics.

As the disease evolves but “interest” in it remains fleeting, the differences developing in the sub-groups, strains in genotype of the pathogen concerned fail to be consistently tracked. Knowledge of the pathogen, and, consequently, the required disease control soon lag behind. This overall process is due to the selective, biased approach of mainstream scientific research that is driven by the profits of private pharmaceutical companies, and is the fallout of the lack of priority that governments assign to general health care and diseases of the poor. Even when the identity of a contagious disease and its treatment are well known it does not mean that the disease’s prevalence will generate the necessary reaction.

This indicates that TB has a R0 value and fatality rate that is way higher than those attributed to COVID-19 so far. However, it is important to note that TB and many other contagious diseases are ignored as “ordinary”, and elicit very low attention. In contrast, some diseases are quickly identified as epidemics of greater public concern. Diseases are being selectively discovered and have the propensity to be identified as an epidemic when they have a signalling effect for the scientific community.

In a majority of instances, it is only when there is a threat of transmission to the well-to-do sections of society or wealthier regions that the disease actually has such a signalling effect. It is not a coincidence that a relatively downplayed disease such as TB is largely a poor man’s disease.