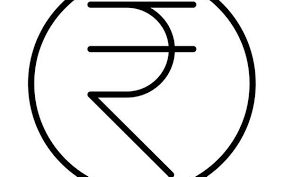 Under the scheme, each Member of Parliament “has the choice to suggest to the District Collector for works to the tune of Rs.5 crores per annum to be taken up in his/her constituency”.

It must be said upfront that notwithstanding the fact that unilateral decision-making is inappropriate in a democracy, the decision to suspend MPLADS for two years is a good first step. In fact, the MPLADs scheme should be completely abolished, and for the following reasons.

Third, there are wide variations in the utilisation of the MPLAD amount in various constituencies. A report published in IndiaSpend has some very interesting insights based on data made available to it by the Ministry of Statistics and Programme Implementation. An often-heard tale is that of the contractor being a relative, close friend, or a confidant of the MP, and the contractor and the MP being financially linked with each other. The constitutional validity of MPLADS was challenged in the Supreme Court of India in 1999, followed by petitions in 2000, 2003, 2004, and 2005.

It seems to have placed an unquestioned trust in the efficacy of the scheme of implementation of MPLADS drawn up by the government without an assessment of the situation prevalent in the field, evidence of which is available in audit reports wherein gross irregularities and infirmities in implementation have been pointed out. The possibility that implementation of a lot of schemes bears no relationship to how the schemes were intended to be implemented, seems to have completely escaped the attention of the Court. Common experience does not support this because of large, yawning gaps being found in actual implementation.