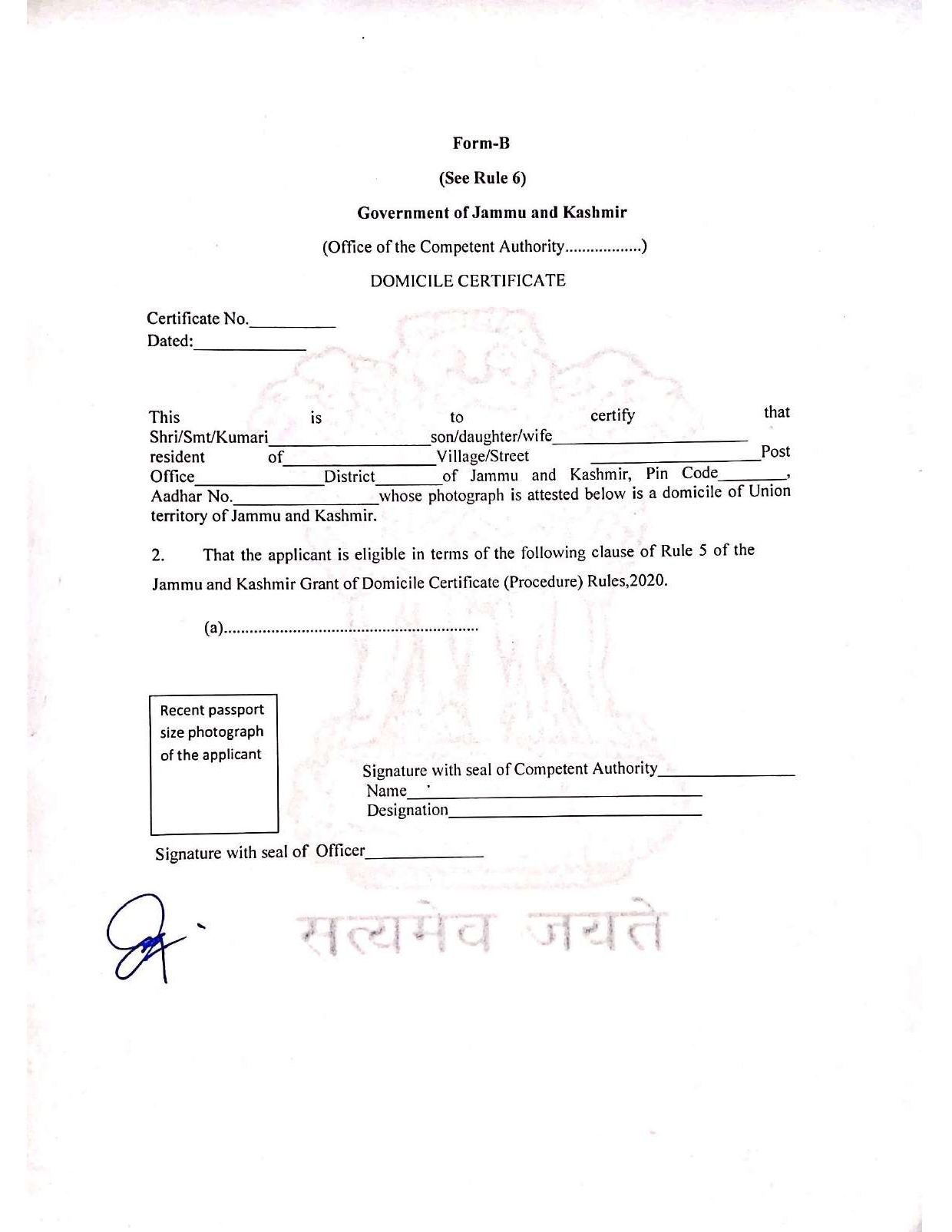 There is a timeline of 15 days for issuance of certificates,” government spokesman and J&K’s Principal Secretary Rohit Kansal said. “Domicile certificates have now been made a basic eligibility condition for appointment to any post under the Union Territory of J&K following the amendments in the previous Act,” Mr. Kansal said.


Kashmiri migrants living in or outside J&K can get domicile certificates by simply producing their Permanent Residence Certificate , ration card copy, voter card or any other valid document. Kansal. According to the new domicile laws, Central government officials, All India Service Officers, officials of Public Sector Undertakings, Autonomous bodies of the Central Government, Public Sector Banks, Statutory bodies, Central Universities and recognised research institutes of the Central Government, who have served in the Union Territory of Jammu and Kashmir for a total period of ten years, are eligible for the certificate.