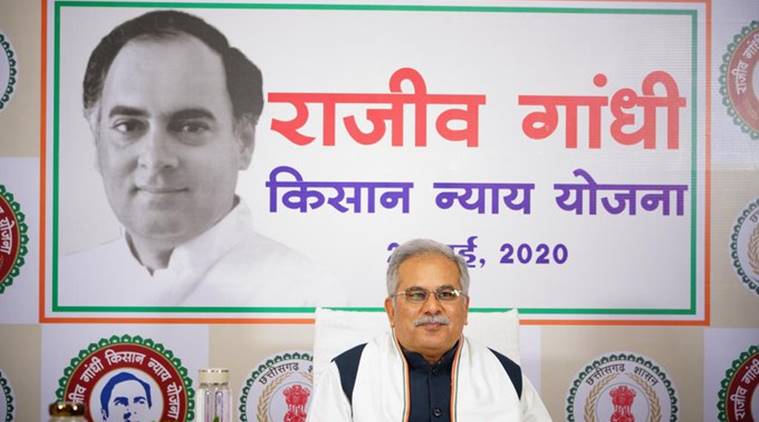 Under the scheme, up to Rs 10,000 per acre a year will be transferred into the bank accounts of farmers and the first instalment totalling Rs 1,500 crore was transferred by Baghel to 19 lakh farmers during the launch, which happened via video conference. This is a revolutionary scheme and is a true tribute to Rajiv Gandhi. This is a big step taken in line with the values of Rajiv Gandhi. Baghel said that 90% of farmers who benefit from the scheme will be small and marginal farmers.

Under the scheme, the difference of the amount realised by farmers through the Centre's MSP and the MSP set by the state government will be paid through a per acre mechanism where a yield of 15 quintals per acre will be assumed. So, if a farmer has sold 15 quintals, it will be assumed that she has one acre of land and will be transferred Rs 10,000 per year by the state government.

The BJP has accused the Congress of going back on its promise of paying higher MSP to farmers. “On one hand, the state government is grappling with the Corona crisis while on the other, it is again on the path of betraying farmers by not making a one-time payment for paddy procurements,” former Chhattisgarh chief minister and BJP national vice-president, Raman Singh, told ThePrint.