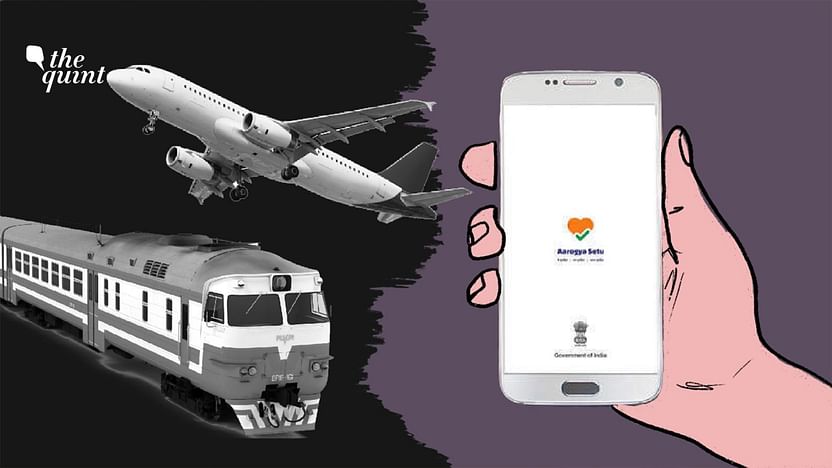 IndiGo, the largest airline in the country, which will operate 450 airlines to begin with, requires passengers to “download the Aarogya Setu app on your phone to be able to fly”.

Puri was responding to a question on ambiguities in the guidelines prescribed by the Ministry for reopening flight operations which, at certain stages of the journey, provides travellers an option to fill up a self-declaration form and at other stages, prescribes mandatory use of the app.

The preface to the guidelines issued on May 21 by the Ministry states, “a self-declaration/ Aarogya Setu App status would also be obtained that the passenger is free of COVID-19 symptoms. Passengers with “Red” status in Aarogya Setu App would not be permitted to travel.

Similarly, in the section for measures to be adopted by airlines, the preface recommends, “airlines should devise a system that web-check-in or tele check-in is possible only when the passenger certifies the status of their health through the Aarogya Setu App or a self-declaration form.

But contrary to these protocols, if a passenger does not have the app when he or she reaches the airport then “the passenger should be facilitated to go to a counter provided by the airport where Aarogya Setu can be downloaded. In response to a query Vistara replied, “We will ensure strict compliance with all guidelines/SOPs of MoCA including the requirement of self-declaration form by passengers in case they do not have the Aarogya Setu app. “Wearing a mask and downloading the Aarogya Setu App will be mandatory for passengers,” said SpiceJet in its statement.

The Ministry of Home Affairs on May 17 backtracked on the app being mandatory and suggested that employers ensure that it is downloaded “on best effort basis”, whereas in its May 1 guidelines it was made mandatory for all employees, whether in a public or private workplace.