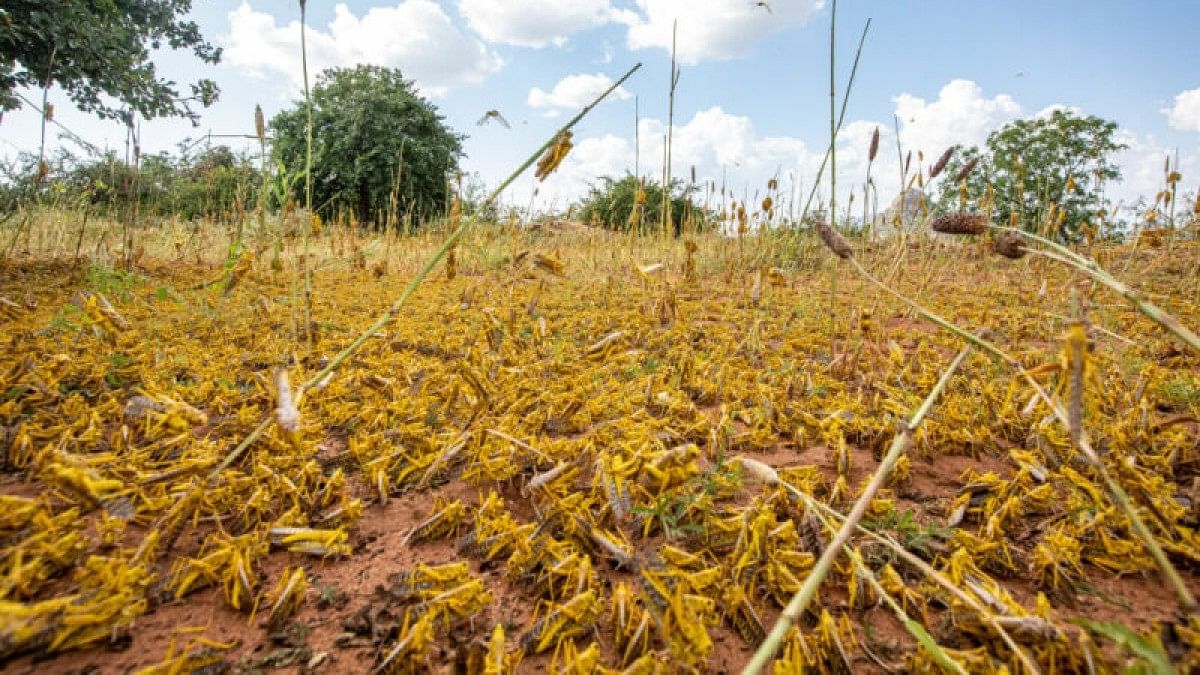 Six swarms of locust entered Madhya Pradesh on May 17 from Rajasthan but have caused minimal crop damage so far as fields lie fallow. The swarms, which could be 1-2 km to 10-12 km long and 1.5-2 km wide, move around 100-150 km every day during daylight in the wind direction.

The State government has set up district-level teams comprising revenue, police and agriculture officials to track the swarms during the day. The most effective time to kill locust, using pesticide, is between 3 a. On May 21, a swarm settled at a village in Neemuch district, which borders Rajasthan. Another descended on three villages in Ujjain district, and the third one on another three villages in the district.