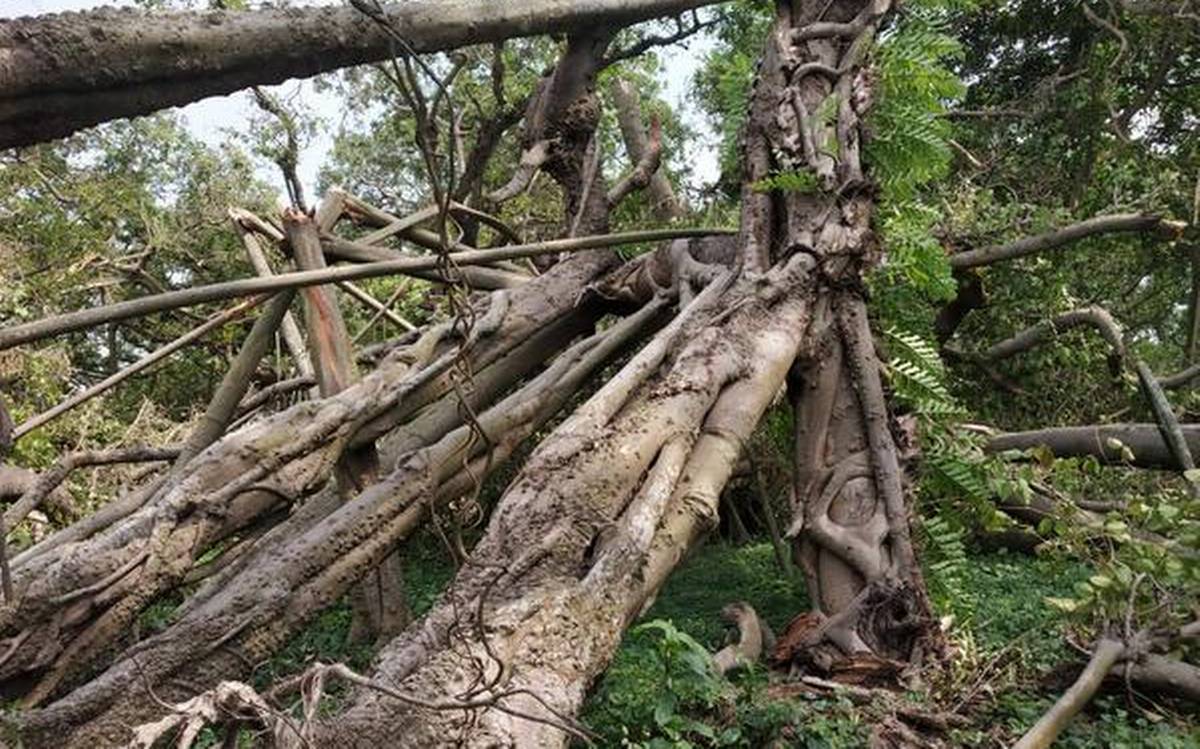 Among the rare trees that have fallen include the only full-grown kalpabriksha tree in the garden, the mad tree , the para rubber tree , the Malabar chestnut , the Chir pine , and several century-old mahogany trees in the garden’s famous Mahogany Avenue. Most of these trees were introduced to the garden by British botanists in the late 18th and early 19th centuries.

Amidst all the devastation, the garden’s ‘Great Banyan Tree’ offered the only silver lining. The tree, which has an enormous canopy, has survived with some damage. The 250-year tree, which predates the Botanic Garden, has a canopy of over 1.5 hectares. Located at the western edge of garden, about 10% of the Great Banyan’s prop roots have been damaged by the cyclone.

The tree is one of the garden’s major attractions. The main trunk of the banyan tree had to be removed in 1925, after an infection was caused by a wood-rotting fungi.