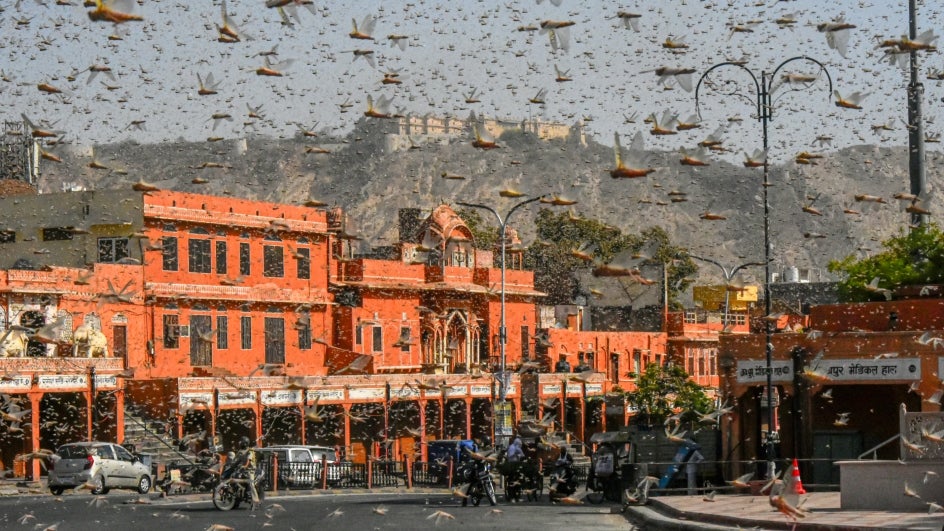 The threat of locusts, which have invaded vast swathes of land in Rajasthan and entered neighbouring Madhya Pradesh, is bigger this year in comparison with the damage caused to standing crops in a limited area in 2019. The tropical grasshoppers have been crossing over to India via Pakistan’s Sindh province since April 11.

The Union Agriculture Ministry’s Locust Warning Organisation , headquartered in Jodhpur, said on Wednesday that the locusts that came last year, after a gap of 26 years, were mature and had affected 12 districts of the State. “This time, the locusts are immature and have crossed the India-Pakistan border soon after their birth,” LWO Deputy Director K. Immature locusts, which are not fully grown, have the capacity to cause more harm as they have a longer lifespan.

Gurjar said the breeding grounds in Balochistan were responsible for the movement of 10 to 12-day-old locusts towards the Thar desert, from where they were flying huge distances in search of food. While Pakistan’s National Disaster Management Authority has arranged aircraft and helicopters for the aerial spray of insecticides, locusts have destroyed crop in the cotton-producing belt of Sindh. The locusts will start laying eggs after the onset of monsoon and continue breeding for two more months, with new insects being born during the growth phase of the kharif crops.

Since the Rabi crop harvesting is over in the State and the Kharif sowing season is yet to start, locusts were unable to find vegetation in agricultural fields.