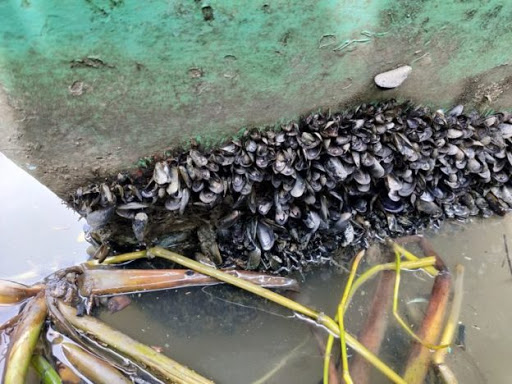 Surveys show the presence of the Charru mussel in the Kadinamkulam, Paravur, Edava-Nadayara, Ashtamudi, Kayamkulam, Vembanad, Chettuva and Ponnani estuaries/backwaters. With a population as high as 11,384 per sq metre here, it has replaced the Asian green mussel and the edible oyster Magallana bilineata .

Externally, the Charru mussel resembles the green and brown mussels , but is much smaller in size. In Ashtamudi Lake, the Charru mussel had established breeding populations in 2018 and 2019, acquiring the moniker ‘varathan kakka’ .

In such a scenario, the fast-breeding Charru mussel could be seen as a ‘pest,’ the authors state. Though this smaller mussel is edible, the overall economic loss and impact on biodiversity is much bigger, it is pointed out. In all probability, the mussel reached the Indian shores attached to ship hulls or as larval forms in ballast water discharges.

In this scenario, there is an urgent need to identify the presence of the Charru mussel in other parts of India by locating the pathways of introduction, said Biju Kumar of the University of Kerala.