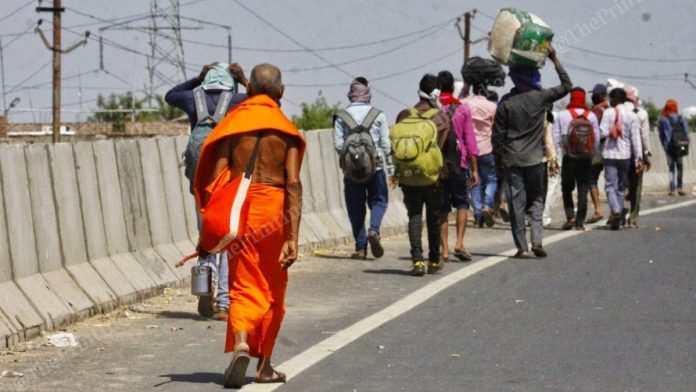 A large number of migrant workers are still seen proceeding on foot to different places”. When Solicitor-General Tushar Mehta wondered aloud whether this would encourage more people to walk, the court said dryly that they were already walking home. Mehta said 3,700 Shramik Special trains were operated from May 1 to 27. So far, about 91 lakh migrants were shifted through by these trains and by road transport.

A nearly three-hour hearing through videoconferencing witnessed the court question the government about its “lapses” in providing adequate food, shelter and transportation to thousands of migrant workers, triggering an exodus during the lockdown.

The Centre maintained that workers were “locally instigated” to walk home. Mehta said the government machinery, from the safai karamchari to the Prime Minister, were selflessly battling an “unprecedented crisis”.

The court asked why certain States had turned away migrant workers from their borders. There was need for a concrete and uniform policy between the Centre and States and among States as regard to the migrants’ crisis. It is not that the government is not doing enough but concrete steps need to be taken. “Some isolated incidents” were highlighted to put the government’s efforts in a bad light.

Singhvi said the Centre still did not have a nationwide action plan to tally the exact number of labourers stranded in various parts of the country. The government should work with the grass roots administrative mechanism, including the district and panchayats, to create lists accurately identifying the stranded workers.