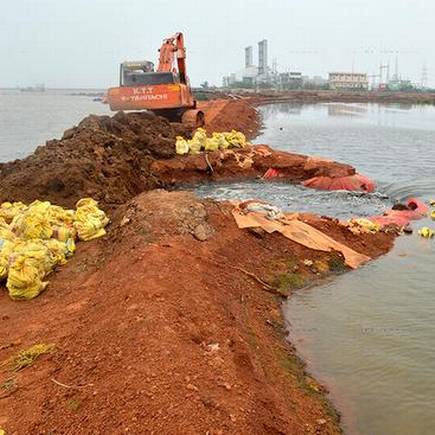 On May 27, District Forest Officer Nandani Salaria and Andhra Pradesh Pollution Control Board -Kakinada Executive Engineer A. “On the site, a bund has been erected on the mudflat front. The inflow of water and sand being dredged from the mudflat into the mangrove cover has been recorded. The GMR authorities have been directed to stop the dredging activity and remove the bund by June 1,” Ms. Salaria said.

Eswar Narayana have documented the destruction of the Kumbabhisekham mudflat due to the dredging, and sought the intervention of the State and the Ministry of Environment and Forests and Climate Change in the matter.