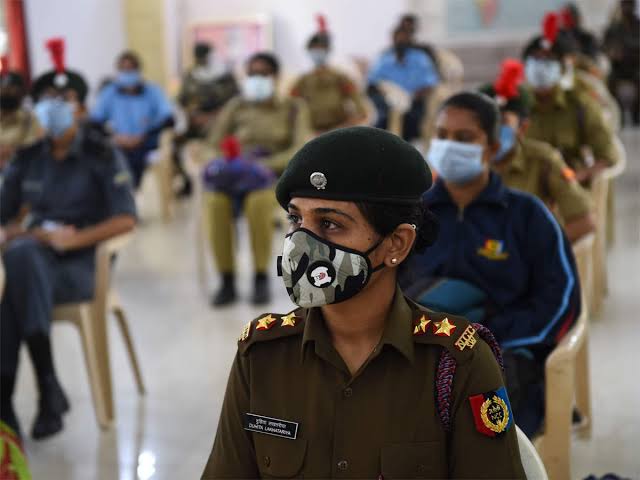 The police have taken enormous risks during the lockdown to ensure strict observance of guidelines, including physical distancing, which in India is among the most difficult rules to enforce. This will take care of future virus waves, if any.

In this context, we did not hear the usual complaint of lack of manpower and mobility. What helped the police greatly was public cooperation, without which there would have been chaos.

In this experience lies a lesson, a building block for future police-public relations. It is a different matter that some disorderly sections also behaved themselves, possibly out of sheer fear of the virus’s lethal potency.

With the bulk of the population keeping off the streets, the police could bring in equipment and manpower to handle this unusual situation. They also skilfully used social media to disseminate all relevant information to a majority of the population, both in urban and rural areas.

With anti-social elements confined to their homes, trespass and burglary also became more difficult crimes to commit. A survey across nations has indicated a measurable drop in overall crime.

Major cities that generally report a high number of crimes found a drop in crime levels during the lockdown period. In India, the Delhi Police reported a 70% fall in heinous crimes between April 1 and 15 compared to the same period last year.

In Chennai, the total number of crimes dropped by 79% in the March 25-April 15 period over the February 25-March 15 period. Even giving due allowance to wilful non-registration of cases by the police and the general reluctance of the public to report crimes, particularly during difficult times such as a pandemic, the police force can be proud that it managed to keep the peace during these times.

The Tamil Nadu Police, for instance, reportedly received 2,963 calls on domestic violence in April alone. There are two major factors for this rise. Data show that domestic violence increases when there is greater unemployment. The second reason is the non-availability of liquor during the lockdown period, which caused frustration among those men who are habituated to drinking daily.

There was a similar increase in sexual and gender-based violence in West Africa during the 2013-16 Ebola outbreak. As health workers are busy combating the pandemic, there is little help for domestic violence victims during times such as this. This shows that epidemics leave women and girls more vulnerable to violence.

A few members of the Global Initiative Against Transnational Organized Crime, a network of prominent law-enforcement, governance and development practitioners based in Geneva, believe that the pandemic is both a threat to, and an opportunity for, organised crime, especially illicit drug trade.

Travel restrictions across borders, especially in Africa, have made international trade in drugs extremely difficult. Many prisons have taken steps to insulate prisoners who reported positive for the virus from the rest of the inmates.

As we enter unlock mode, it is incumbent on law-enforcement officials to think of ways of dealing with new challenges in maintaining law and order.