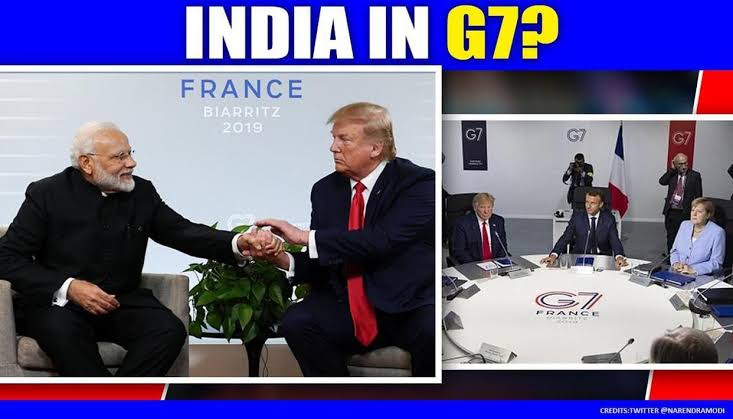 Dismissing the current configuration of the “Group of Seven” or G-7 of the world’s most developed nations as “outdated”, U.S President Donald Trump announced over the weekend that he would like to expand it to a G-11, by adding India, Russia, South Korea and Australia.

He followed that up with invitations to their leaders, including Prime Minister Modi, to attend the G-7 summit in the U. The news was welcomed by Mr. Notable by its absence in the proposed grouping is China, which had earlier, along with India, Brazil, Mexico and South Africa, been invited regularly to G-8 summits as an outreach by the developed world to the five emerging economies .

China tensions, particularly over coronavirus issues, clearly played a part in Mr. Trump’s decision to leave Chinese President Xi Jinping off his summit guest list. to bring together its “traditional allies to talk about how to deal with the future of China”.

The proposed G-11 grouping would recognise India’s place amongst the world’s richest nations, and acknowledge its global voice. Already, there are some concerns over Russia, which could derail the entire G-11 plan, making any concrete decision by New Delhi on the issue premature. It is unclear when the summit will actually be held, given the November polls in the U.S.