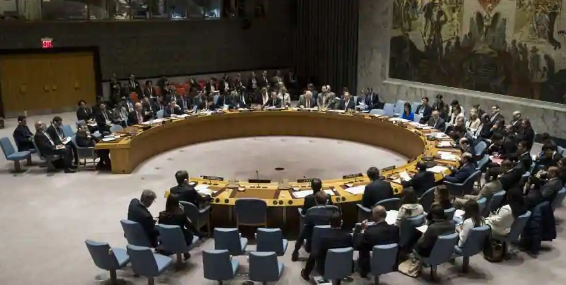 Context:Elections for five non-permanent seats of the UN Security Council .

*India expects to sail through as the 193-member United Nations General Assembly votes on Wednesday for contenders to five non-permanent seats at the UN Security Council for 2021-22.

* India is standing unopposed as the nominee for the Asia-Pacific seat, and needs two-thirds of UNGA members, or 129 votes, to be confirmed.

*India has led the Non Aligned Movement , while Ireland has a unique position as a member of the European Union that is not a member of the North Atlantic Treaty Organisation alliance.

*The United Nations Security Council is one of the six principal organs of the United Nations, charged with ensuring international peace and security, recommending the admission of new UN members to the General Assembly, and approving any changes to the UN Charter.