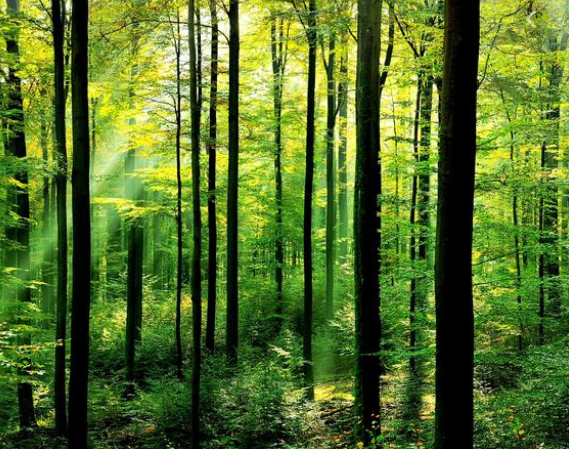 The latest India State of Forest Report (ISFR)—these reports have come biennially since 1989—shows forest cover in India has improved by 3,976 sq km between 2017 and 2019.

This should seem heartening given, today, this stands at 7.12 lakh sq km, up from 6.7 lakh sq km in 2005—that too, in the face of development needs compelling the diversion of forest land. But, while the area under ‘moderately dense forests’ shrunk from 3.3 lakh sq km to 3 lakh sq km, that under open forests has increased from 2.9 lakh sq km to 3.04 lakh sq km. Also, keep in mind that nearly 330 sq km of recorded forest area have been lost between 2017 and 2019—the absolute figure may seem small, but this means significant loss of reserved and protected forests.

At the same time, the depletion in the northeastern states’ forest cover is worrying given these are very old forests, and have greater carbon sequestration capacity.

The headline increase, however, could be masking the real loss. The rapid increase in forest cover, especially with a fair share of the gain being concentrated in the dense forests category (canopy density higher than 40%), is likely rooted in two factors.

First, the Forest Survey of India has been using better satellite imagery with a 1:50,000 scale, compared to the 1:250,000 scale earlier. This means any area, even as small as 0.01 sq km, with a canopy density of more than 10% is captured as a forest; the earlier resolution meant land units under 0.25 sq km didn’t get captured as forest. Thus, land that has been denuded of forest cover but did not get recorded as forest earlier because it fell below the 0.25 sq km threshold now figures in the ISFR as a “gain” in forest cover. Denuded forest land and non-forest land can be reforested, but that happens over decades, not years as the ISFR data would seem to suggest.

Second, the tree canopy basis of identification doesn’t differentiate between natural forests, plantations, orchards, or even palm groves. This means the loss in diversity doesn’t get captured by the data. Thus, the growth in forest-cover could be attributed to fast-growing plantation trees like eucalyptus that are favoured in compensatory afforestation programmes.

ISFR 2019, for the first time ever, gives data for forest diversity, and ‘plantations/trees outside forests’ already account for nearly 9% of the total area under forests—making plantations the fourth largest group in the plantations. Plantation monoculture just makes the loss of forests worse. Also, given how the 15 of the last 18 years have been drought-years for Andhra Pradesh, and 60% of Karnataka reeled under drought in 9-11 years between 2001 and 2015, it is hard to see how the two states have performed so well in increasing forest cover. The forest data needs to reflect more of the ground reality instead of becoming a tool to lull the country into inaction on forests.