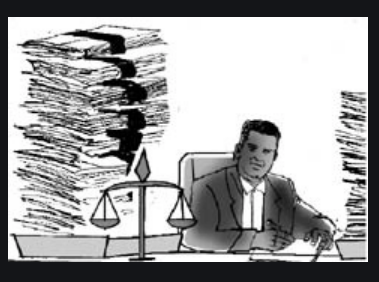 Literacy brings with it an awakened and more aware citizenry;

People cognisant of their rights; and the aggrieved knocking the doors of the courts for justice and legal redress. But are they really getting justice?

Inordinate delays and adjournments remain the order of the day. Orders and verdicts ordinarily take up to a decade. Some cases are even pending for over four decades, defeating the very purpose of providing relief to the litigants. That is, if they are still alive. It is a matter of concern that the judicial delivery mechanism has failed to keep pace with the mounting number of cases. Statistics of the Punjab and Haryana High Court reveal a staggeringly worrisome scenario.

According to the National Judicial Data Grid, the Punjab and Haryana High Court accounts for the second highest number of pending cases in the country, after the Allahabad High Court. The HC steps into 2020 with a distressing backlog of over five lakh cases. Add to it
the shortage of 30 judges, and the picture morphs into hopelessness. Unless urgent reformatory steps are taken to address the issue effectively.

The Economic Survey 2018-19 pins the blame for the clogged courts on the acute shortage of judges in the country. As per Law Ministry data, India has just 19 judges per 10 lakh people. The Law Commission's recommendation to increase the ratio to 50 judges is gathering dust. Meanwhile, poor administrative infrastructure has been contributing to the rising legislation, frequent adjournments and inadequate arrangement to monitor, track and bunch cases for hearing.

Administrative support to the judges is critical to fast-tracking cases. The system has indeed failed the litigant. It is her bane to endlessly wait, to labour on and not be frustrated by the deficiencies plaguing the judicial edifices, even though she may be exhausted both physically and monetarily. And, as demanded of a robust democracy, still have some
stamina left to demand from the executive, the legislative and the ‘Milords’ — all together accountable for the rotten state of affairs — an efficient and effective disposal of legal disputes.