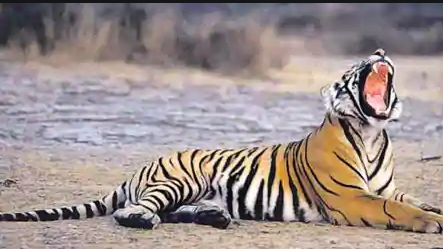 *The Saharanpur Divisional Commissioner has sent a proposal to the State government to declare the Shivalik forest in the Saharanpur circle into a tiger reserve.

* The State government is actively considering the proposal and would push it forward to the Central government to take a call, sources said. If accepted, it would be the fourth tiger reserve in Uttar Pradesh after Amangarh in Bijnor, Pilibhit and Dudhwa in Lakhimpur-Kheri. It will facilitate the safe movement of tigers.

With the rising tiger population, there is an increase in the number of clashes between tigers to protect their territory.

*As the Uttarakhand Government is proposing to relocate tigers from Corbett to Motichur range of the Rajaji National Park.

*In such a scenario, it is necessary to increase the area for movement of tigers.

*The topography of the forests is similar to that of the Rajaji National Park. No tiger has been sighted in the region for the last 10 years, but we have counted at least 50 leopards in the forests.

*Jain. Sehgal, who inspected the piece of the fossil, described it as the first of its kind found in the region.

*What we have found is mandibular ramus of Stegodon from the Middle Shiwalik sediments.

*It suggested that the area was a dense forest with prominent riverine systems.

*In the past, fossilised parts of giraffe and hippopotamus, which are no longer found in the subcontinent, have also been found in the region.