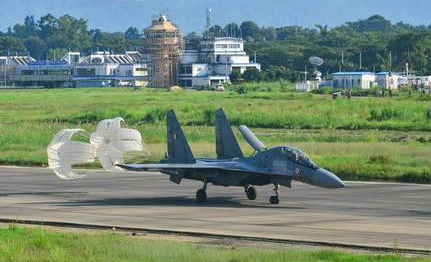 *The Defense minister visit to Moscow for the Victory Day Parade, where he also held discussions on defence cooperation. Other deals include Pinaka ammunition, armoured vehicle BMP armament upgrades and Software Defined Radio for the Army, long range land attack missile systems of over 1000 km range and Astra Beyond Visual Range air to air missiles for the Navy and Air Force, all of which will be procured domestically and worth an estimated Rs31,130 crore.

*While the MIG-29 procurement and upgrade from Russia is estimated to cost Rs7,418 crore, the Su-30 MKI will be procured from Hindustan Aeronautics Limited at an estimated cost of Rs10,730 crore.

*The 21 MiG-29s had been partially manufactured by Russia for an unfulfilled order and would now be upgraded and delivered to India.

* India has in different batches contracted 272 Su-30s from Russia, majority of which have been licence manufactured by HAL.

*Putin’s upcoming trip to India, expected in October, and the strategic partnership, according to releases from the Ministry of External Affairs and Kremlin.

*The announcement of the clearance for Russian hardware and conversation between the leaders came amidst indications New Delhi and Moscow are cooperating more closely on strategic ties as a result of tensions with China at the LAC.

* Russia has “assured” India on all its requirements of defence supplies in the near future.

*Russia also kept India apprised of its latest round of negotiations with the United States on nuclear arms control.

*The Pinaka missile systems would enable raising additional regiments over and above the ones already inducted by the Army.

*The LRLACM will be an upgraded derivative of the Nirbhay.

* Fighters would be manufactured in India involving indigenous industry, with the several Micro, Small and Medium Enterprises as prime tier vendors for a large number of the projects involving transfer of technology by the DRDO.