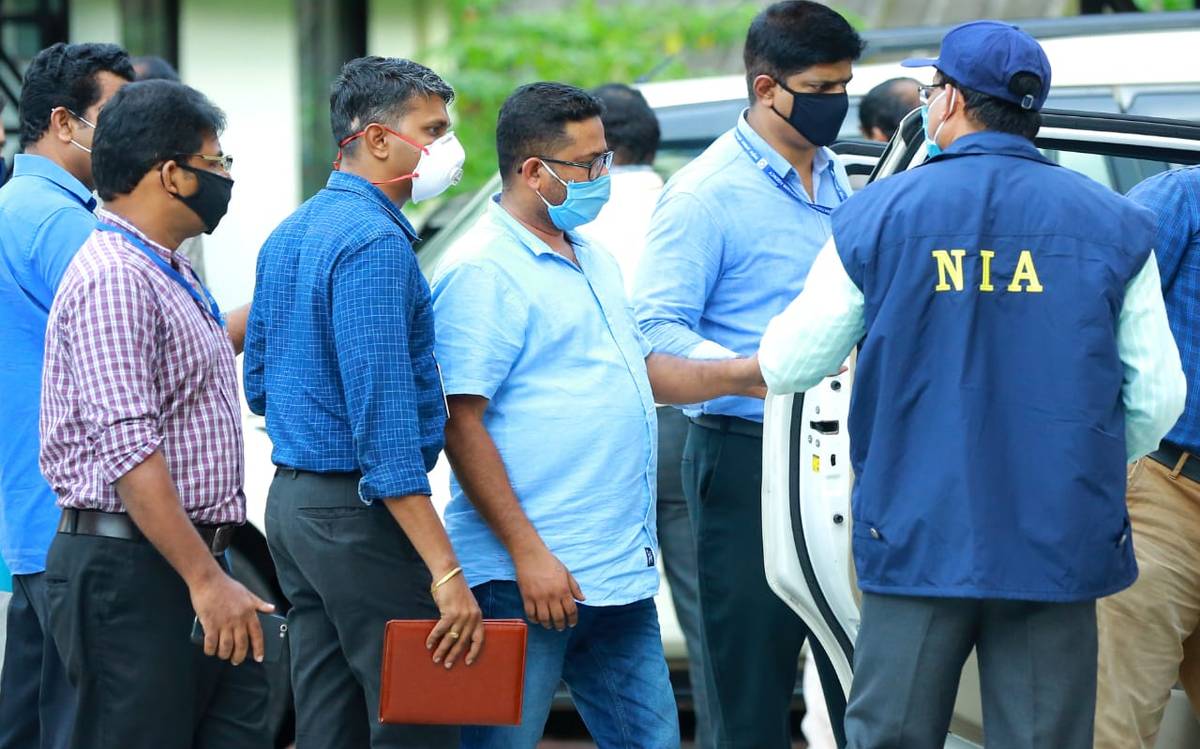 *The Customs Department on Friday moved to track down the network of sponsors who had purportedly financed the illegal import of gold in trade quantities via air cargo shipments addressed to the consulate of the United Arab Emirates here. Investigators inspected the house of Fazil Fareed, a suspect in the case who was still at large, in Thrissur.

*The Customs Department suspected that Fareed had handled the Dubai end of the operation.

*The role of the hawala operator and the likelihood that the secretive money transfer channel could be used to send cash to finance terrorist activities had kindled the NIA’s interest in the smuggling case.

*A tip-off had led the Customs to the contraband. Customs enforcers have attempted to quantify the amount of contraband gold the smuggling network had illegally imported into the country in diplomatic air cargo consignments.

* The gang, which included two employees of the consulate, had raked in huge profits and used a part of it to fund a lavish lifestyle.

*Investigators believe the money raised in Kerala was sent to Dubai via an informal hawala banking system headquartered in Hyderabad.

*Hawala is an informal method by which money can change hands without the use of banks.

*This works through codes, contacts and trust with no paperwork at all.