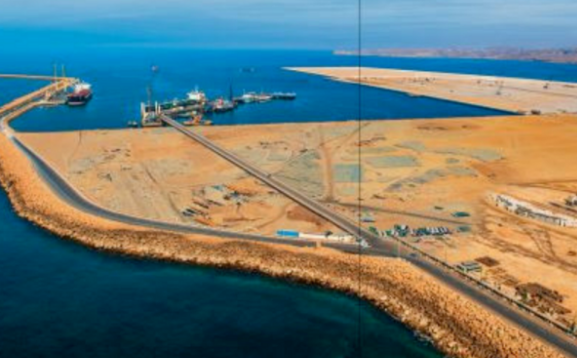 Context:Why is India out of the Chabahar rail project?

*State-owned Ircon International Limited was associated with the rail project even as India acted quickly to develop Chabahar port facilities. Over the years, the Chabahar project has grown, and now envisages a port, a free trade zone, the 628-km railway line to Zahedan, and then the little over 1,000-km track to Sarakhs on the border with Turkmenistan.

What ties India to Chabahar?

*The Chabahar trade zone could be an important weigh station for India’s energy imports and food and material exports coming from Kandla and Mundra ports. And the rail project will allow India an independent corridor not only to Afghanistan, which Pakistan has denied it, but also to Central Asia and Russia someday.

What was the hitch?

*Despite the attractions, India’s investment in Chabahar has always been held hostage to international policy shifts on Iran.

* In 2016, the Chabahar agreement, which included the Trilateral Agreement on Establishment of International Transport and Transit Corridor between Afghanistan, Iran and India was signed by Prime Minister Narendra Modi, Iranian President Hassan Rouhani and Afghan President Ashraf Ghani.

*This meant India’s energy imports from Iran, which was its third largest supplier, had to be dropped to zero.

Are other projects hit too?

*sanctions, Iran’s changing conditions and fluctuating prices, as well as India’s delayed responses. On the Chabahar-Zahedan rail project, the MEA said IRCON had completed its feasibility studies by December 2019, three years after the memorandum of understanding was signed, but that it had not heard back from Iran.

* Both New Delhi and Tehran have left the door open for IRCON to return to the project at a later date, but for the moment, India is not a part of the railway construction.

Has India lost an opportunity?

*India’s stakes in Chabahar remain strong, and no matter who builds the railway line, Indian trade could still find its way to Afghanistan and Central Asia.

* India’s monetary losses are minimal, as it had not invested money or material on the rail line yet. However, there is the worry of reputational damage from the idea that India gave in to U.S .