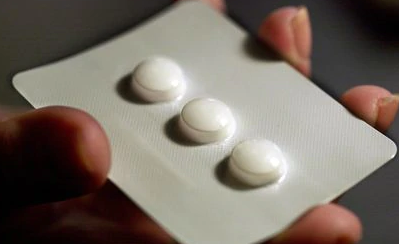 The Foundation for Reproductive Health Services India (FRHSI) indicated a severe shortage of medical abortion (MA) drugs in five out of the six states surveyed.

The study found an overwhelming shortage of abortion pills or medical abortion drugs.
The study conducted among 1,500 chemists in six States found abysmal stocking in Madhya Pradesh (6.5%), Punjab (1%), Tamil Nadu (2%), Haryana (2%) and Delhi (34%).
The only State that seemed to be better was Assam (69.6%).

Medical abortion drugs are over-regulated as compared to other prescription drugs.

Over-regulation of drugs to curb gender-biased sex selection such as through government programmes like ‘Beti Bachao, Beti Padhao’ has hindered access to safe, legal and cost-effective abortion.

Regulatory hurdles are due to a misunderstanding that easy availability of medical abortion drugs will be misused for sex selection.

State-wise regulatory and legal barriers are the key reasons why 79% of the chemists surveyed refrained from stocking these drugs.

The regulatory crackdown has resulted in abortion services becoming inaccessible, especially those during the second trimester.
The shortage forces many women to seek a surgical abortion from a facility, reducing her choice.
It will also reduce access to safe abortion and force them to seek services from unsafe providers.
There are only 16,296 approved abortion facilities in the private sector in the country.
Whereas, MA drugs can be provided by an obstetrician or a gynaecologist, who are estimated to number about 60,000-70,000.
The cost of first trimester surgical abortion is much higher than the cost of abortion pills plus the consultation fee.

The law on abortions allows termination of pregnancy in the first nine weeks and in some cases even in the second trimester, such as in sexual assault cases as well as due to foetal anomalies. Therefore, these abortions are allowed under the Medical Termination Act.
There is little ground for restricting MA drugs.
Also, MA drugs are also cost-effective.