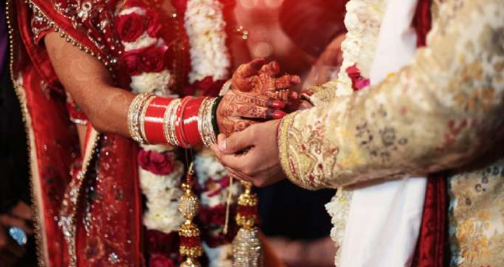 The Budget Speech of 2020 proposed the setting up of a task force to look into the issue of age of a girl entering motherhood to help lower maternal mortality rates and malnutrition levels.

In June 2020, the government announced a 10-member panel for this purpose.

The committee has missed its July 31 deadline to finalise its report and give recommendations.

When a girl is married too early and has a child before the age of 20 years, available evidence highlights the detrimental effect it has on the health and growth of the baby as well as the health of the mother.
Scientific studies have shown that children born to adolescent mothers (10-19 years) were more likely to be stunted (shorter for their age) than those born to young adults (20-24 years), and adult mothers.
Children born to adolescent mothers also had higher prevalence of low weight as compared to adult mothers.
Given the relation between age of a girl entering motherhood and the age of a girl at marriage, the government has indicated its willingness to take strong decisions about the age of marriage of girls.
Increasing age at first marriage, age at first birth, can be a promising approach to improve maternal and child nutrition.

The National Coalition Advocating for Adolescent Concerns has asserted that increasing the legal age of marriage for girls will only expand the number of married persons deemed underage and criminalise them and may render underage married girls without legal protection.

There are also arguments that the Prohibition of Child Marriage Act, 2006 instead of curbing child marriages, has only played as a weapon in the hands of parents to punish their daughters for elopement and is used in conjunction with other laws to punish boys in self-arranged marriages.

The reasons for early marriage vary across the country. The issue of poor nutritional status in teenage mothers is also due to poverty and lack of safety driving early marriage in girls.

Some have argued that lack of proper education, poor economic status among teenage mothers also contribute to poor nutritional outcomes for the mother and child and emphasize the need to act on these factors first before lowering the marriage age.

Conclusion
The proposal and the objective to be achieved through raising the age of marriage needs reconsideration for the reasons cited above.