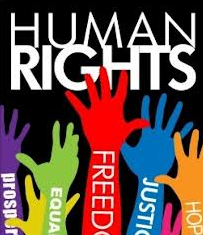 In India, while self-interest and national glory dominate, concern for distributive justice is rare.

What is distributive justice and why does it matter?

The idea of distributive justice requires not only a social condition marked by an absence of love or familiarity, but also the circumstances of justice.
For instance, a society where everything is abundantly available would not need justice. Without the necessity of sharing, justice becomes redundant.
Also, in a society with massive scarcity, justice is impossible. In order to survive, each person is compelled to grab whatever happens to be available.
Justice, therefore, is possible and necessary in societies with moderate scarcity.
Justice also requires that people are neither totally alone nor organically united with others.
And, if one was totally fused with others, with no distinction between self and other, then again, sharing will be unnecessary.
To sum up, justice acquires value in societies with moderate scarcity, where people are forced to deal with those who they don’t love.
It requires a moral psychology in which humans are neither wholly selfish nor entirely benevolent.
Since most societies share these conditions, it may safely be concluded that justice is a necessary social virtue and has great moral value.
Giving persons their due:

The basic idea of justice is that ‘each person gets what is properly due to him or her’, that the benefits and burdens of society be distributed in a manner that gives each person his or her due.
In hierarchical notions, what is due to a person is established by her or his place within a hierarchical system. For instance, certain groups are born privileged. On this conception, justice requires that the benefits and burdens be unequally shared or distributed.
This conception of justice has rarely remained unchallenged.
Innumerable examples can be cited in Indian history, where aspects of this hierarchical notion had been temporarily opposed — in the early teachings of the Buddha, passages in Indian epics, Bhakti poetry, and protest movements such as Veerashaivism.
In present times, however, this challenge has become robust, explicit and sustained. This is so because of the prevalence of the idea that each person, regardless of caste, class, colour, creed or gender, has equal moral worth.
If so, we need a different conception of justice, of sharing or distributing, of giving people their due that is consistent with equal dignity.
In societies still infested with live hierarchies, people must first struggle for recognition as equals, for what might be called basic social justice.
Then, they must decide how to share all social benefits and burdens among equal persons — the essence of egalitarian distributive justice.
Needs and Desert:

Two main contenders exist for interpreting what is due to persons of equal moral worth.

Need-based principle: what is due to a person is whatever is necessary for general human well-being. Since our basic needs are identical, justice requires their fulfilment in every single person. Beyond this basic threshold, our needs usually vary, and therefore justice further requires the fulfilment of different needs.
Principle of desert: determined not by birth or tradition but by a person’s own qualities, for instance, natural talent or productive effort. This underpins the idea of equal opportunity to all, albeit with justified inequalities of outcome.

Most reasonable egalitarian conceptions of justice try to find a balance between need and desert.
They try to ensure a distribution of goods and abilities (benefits) that satisfies everyone’s needs, and a fair distribution of social burdens or sacrifices required for fulfilling them.
After this, rewards are permissible to those who by virtue of natural gift, social learning and personal effort, deserve more.
Our society is afflicted by deep material, cultural and knowledge-related inequalities which are growing by the day.
A deafening silence on social and distributive justice is more common.
It is therefore imperative to ask where we stand in relation to different forms of egalitarian justice mentioned in our Preamble.
We are falling way short of standards of social and distributive justice. For the trend to be reversed, putting justice back into public discourse should be the priority.