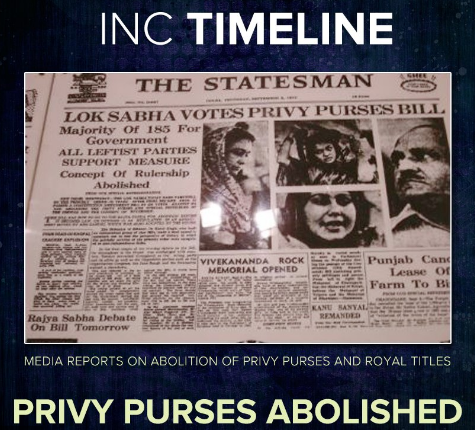 The Privy Purse was used as a conciliatory move to get the princely state rulers to surrender their sovereignty to the Indian union.
As defined from 1949 under Article 291 of the Indian Constitution, a privy purse would be a fixed, tax-free sum guaranteed to the former princely rulers and their successors. The sum was intended to cover all expenses of the former ruling families and would be charged on the Consolidated Fund of India.
The Constitution (Twenty-sixth Amendment) Act, 1971 abolished this provision of privy purses and princely privileges.
It was seen as an important step in the further democratisation of Indian society. It represented the momentum of social change in the country.