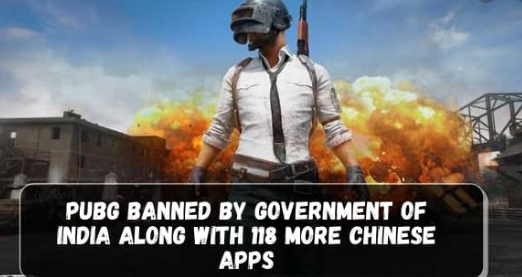 The Indian government has banned 59 + 118 China-based apps including one of the most popular mobile games PUBG Mobile.

It was banned under section 69A of the Information Technology Act
.
The government said that it has “decided to block mobile apps since in view of the information available they are engaged in activities which are prejudicial to sovereignty and integrity of India, defence of India, security of the state and public order.”

The release further notes that the IT Ministry has received many complaints from various sources about the misuse of some mobile apps available on Android and iOS platforms for stealing and surreptitiously transmitting users’ data in an unauthorized manner to servers that have locations outside India.

China said that the move is neither beneficial to the Indian users or the Chinese businesses.
China, which is known for censorship of information, keeping foreign apps off its internet, has found a rare chance to take the moral high ground.
Strategy that could have been employed by India

The Indian approach should have followed due process, where the focus was on ensuring compliance with the Indian law.

India as a country aspires to hold the global leadership on technology, working on rules and networking. The last thing India needs is to be compared with China as far as its Internet regulation goes.

Going forward India needs a more considered approach to tech regulation.
China must decide if it wants to rescue the relationship or ruin it.
This also presents a significant opportunity for local companies, particularly those operating in the e-commerce, social media and gaming sectors to come up with Indian alternatives.