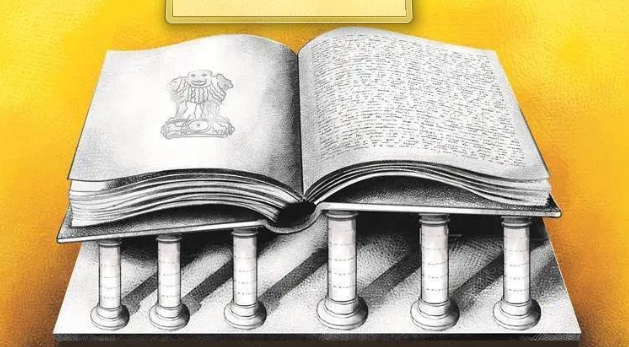 Constitution is breached every day, denying to millions of people minimum justice, social, economic and political

When Nani Palkhivala propounded the theory of an unalterable and unamendable “basic structure” of Constitution, legal experts scoffed at the argument. How can the power of a sovereign Parliament to amend the Constitution (Article 368) be curtailed or subjected to a review by judges appointed by the Executive, they asked.

It is a Constitution that has proved resilient in times of extreme stress like the Emergency (1975-77) or the premature collapse of the Central government (1979-80); and it has survived many amendments without losing its basic structure.

Whither Justice for All?

Yet the reality is that social justice, in terms of access to education and health care (among other Human Development Indicators) and appointments to government jobs, is beyond the reach of the neglected sections.

Discriminated Against and Poor

It is the Constitution of India that has resolved to secure to all its citizens JUSTICE, social, economic and political.

I have not referred to data on housing, crime, undertrials, representation in sports teams etc.
which will conclusively establish that SCs, STs and Muslims are socially discriminated against and are subjected to neglect, humiliation and violence.

Thanks to reserved constituencies, SCs and STs have a fair proportion of seats in elected bodies including the state legislatures and Parliament, but political justice seems to have stopped there.

Even if the SCs found their own party (the BSP, VCK), their support base is limited to SC voters and, unless they form broader social alliances (Bahujan), or political coalitions, they are stuck where they are.

Seventy years later, the justice that was promised to all citizens is not available to at least one-half of the citizens and is available in, bits and pieces, to the other half’s.

It seems to me that the cause of 7.5 million people living in the Kashmir valley is fast becoming a lost cause.

The rest of the country seems to have forgotten the Kashmiri people and moved on to other pressing concerns.

The Constitution is breached every day, denying to millions of people minimum justice, social, economic and political.

The Supreme Court has reserved the verdict in the habeas corpus petitions filed in August 2019.
Six hundred and nine people continue to be in custody, including three former chief ministers, without charges.-Written by P Chidambaram.