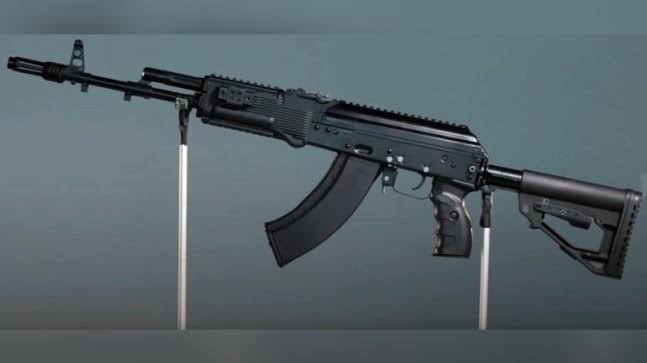 The Army is likely to sign a Memorandum of Understanding (MoU) for the procurement of over 7.5 lakh AK-203 assault rifles, which are to be manufactured locally by an India-Russia Joint Venture (JV).

The rifles will be manufactured by the Indo-Russian Rifles Private Limited (IRRPL) at Korwa, in the Amethi district of Uttar Pradesh.
The facility is being set up by the Ordnance Factories Board (OFB) from the Indian side, and Rosoboron Exports and Kalashnikov from the Russian side.
5 percent of its stakes will belong to the Indian Ordnance Factory Board, and the remainder to Russian entities: Rosoboron Exports (7.5 percent) and Kalashnikov Concern (42 percent; the concern, in turn, belongs to the Russian defense giant Rostec).
The JV was formed following an inter-governmental agreement between India and Russia in 2019.

Its introduction will allow New Delhi to phase out its own rifle, the INSAS (Indian National Small Arms System) rifles.
INSAS was found to be an unreliable firearm, and in 2017 it was decided that it needs to be withdrawn.