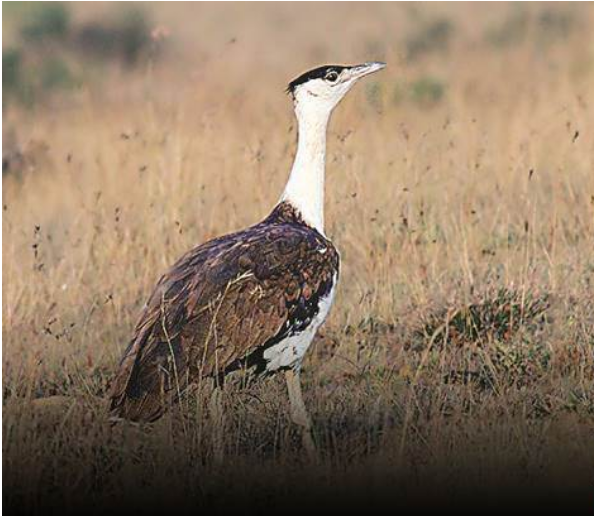 Once the frontrunner to be named India’s national bird, the Great Indian Bustard has long been on the brink of extinction.

The Great Indian Bustard (GIB), is one of the heaviest flying birds, and is found mainly in the Indian subcontinent.

Scientists in Gujarat have identified bird feed that is rich in proteins and calcium,” Arindam Tomar, Chief Wildlife Warden of the Rajasthan Wildlife Department, told The Indian Express over the phone.

Since June last year, nine GIB eggs collected from the Desert National Park in Jaisalmer where a conservation centre has been set up, have hatched, and the chicks are reported to be doing well.

Forest officials have identified seven females and one male among the GIB chicks; the sex of the ninth and youngest chick, which hatched a couple of months ago, is not yet known.

Officials have zeroed in on 14 spots, based rainfall, accessibility, proximity to wild source, habitat and topographic suitability, availability of water, temperature, etc., and identified Sorsan as the site most conducive for their rearing.

In a report submitted to the Ministry in November 2018, the WII said extensive land surveys have been carried out to locate suitable habitats for the chicks.

Readying the necessary habitat will be key in the coming months and years.” According to the WII report, the bird was once abundant in Kutch, Nagpur, Amravati, Solapur, Bellary, and Koppal districts in the states of Gujarat, Maharashtra, and Karnataka.