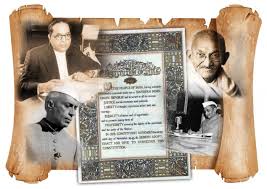 The Centre-State conflict over CAA in some places may lead to a fresh debate on the federal question.

State governments occupied by opposition parties have declared that they would not implement the law.
The Legislative Assembly of Kerala went to the extent of passing a resolution, stating that the law “contradicts the basic values and principles of the Constitution”.

In this backdrop, let us have a look at the federal relationship between the Centre and the States.
Constitutional Perspective

The refusal to enforce the law even after the Centre issues directions would empower the President to impose President’s Rule in those States under Articles 356 and 365.
The Supreme Court of India has also confirmed this reading of the law in S.R. Bommai v. Union of India — arguably the most significant case on Indian federalism.

Another controversy arose in West Bengal, where the State government put anti-CAA advertisements on its websites.

In an interim order, the Calcutta High Court directed the State government to remove those advertisements.

The question — whether State governments are empowered to use public funds to campaign against a law made by Parliament — is open for final determination.

In its final judgment, the High Court could bar the State government from campaigning against a parliamentary law.

Therefore, neither the refusal to implement nor the official protests registered by State governments carry much legal force.

Parliament, the “temple of democracy”, has been reduced to a site for procedural formalities. The Lok Sabha appears to be an extension of the executive, rather than a mechanism for its accountability.
The Opposition’s right to question the government and keep them accountable is seen as meddling in Governance.

This is based on the assumption that losers should step aside, respect the democratic mandate, and let the government do its job.

The brute dominance has dwarfed any semblance of opposition politics at the Centre.
This is manifested through the absence of the Leader of Opposition in Lok Sabha for six years in a row (a consequence of an archaic and arguably unlawful practice requiring a party to secure at least 10% of the total seats to occupy the position of Leader of Opposition).

It has also led to the denial of an opposition vote in the appointments to various anti-corruption bodies.
Time and again, our experiences with single-party dominance have shown that in the face of comfortable majorities, our constitutional structure reveals its tendencies to concentrate power.

What was the need of a strong Centre?

In the backdrop of a bloody partition and threats of “fissiparous tendencies”, it was probably justified for the founders of the Indian Republic to be hesitant in instituting a stronger federalism.
If we wanted to be together, the argument went, we should only have so much federalism.

Over the last seven decades, there have been changes in ground realities.

We have seen repeated examples of huge vote swings between national and State elections, separated by only a few months, in the same constituencies.
People have identified the Central and State issues, and are now nuanced in their voting choices, leading to the “losers” of national politics still winning State elections and form legitimately elected governments.
The State governments are thus filling the opposition deficit at the Centre. With this shift of opposition politics from New Delhi to State capitals, the politics of opposition is likely to become the politics over federalism.

The conflict that the CAA has triggered might become a template for future contestations over the federal question. While the politics seems to be ripe for advancing federalism, the law is likely to constrain such a development.