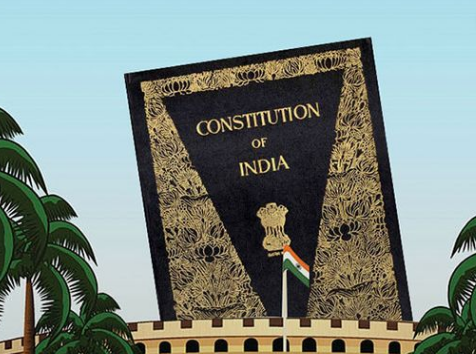 Under the Indian Constitution, the following have been guaranteed:

Right of individuals to dignity and equality
Right to freedom of religion
The rituals/religious practices which bring the above two rights in conflict:

A 500-year-old ritual performed at the Kukke Subramanya Temple in Karnataka. The
practice involves persons, in particular those from Scheduled Castes and Scheduled
Tribes, rolling over plantain leaves left behind with food half eaten by Brahmins, in the
belief that doing so would cleanse their skin of impurities.

Female genital mutilation
Rights of Parsi women to enter the temple
The fine balance which the constitution strikes between the following
Rights given under Articles 25 and Article 26
The Constitution recognizes both the freedom of religion as an individual right (Article
25), as well as the right of religious denominations to manage their own affairs in matters
of religion (Article 26).
This is recognition of the fact that India is a pluralist and diverse nation, where groups and communities — whether religious or cultural — have always played an important role in society.

Restrictions put under Article 25 and Article 26

Both Articles 25 and 26 are subject to public order, morality, and health; and further,
Article 25 is also subject to other fundamental rights guaranteed by the Constitution, and
to the state’s power to bring in social reform laws. It recognizes that while community can be a source of solidarity at the best of times, it can also be a terrain of oppression and exclusion. The Constitution, therefore, expressly provides for the possibility that there may be times when members of religious and cultural communities may need to be protected from authoritarian and oppressive social practices.

But what is the problem?

Religious proscriptions often spill over into broader society, and religious and social status
often reinforce each other.
A classic example, of course, is that of the practice of “untouchability”, which the
Constitution explicitly prohibits.
Another is the practice of “excommunication”, a practice prevalent among certain
communities, where the head of the community has the power to expel recalcitrant
members, and exclude them entirely from any form of interaction with their former
friends or families.

How has supreme court dealt into these questions so far?
It has done this by recognizing that it is only those practices that are “essential” to religion that enjoy constitutional protection. Any other ritual is seen as secular and amenable to the state’s interference.
Hence one of the options in front of Supreme court is to simply apply the same logic in this case as well.
But was the Court at all competent to make this distinction?
Many scholars have argued that it was not the idea of a secular Court sits uneasily with investigations into the nature of religious practice.
In response, the Court has often stated that the “essential religious practices” test is indee
the only way it can reconcile the two impulses of respecting religious autonomy and
enforcing individual rights.But the author suggests another method of arriving at the judgment: The anti-exclusion principle:
One way, for example, would be to ask whether the effect of the disputed religious
practice is to cause harm to individual rights.
Madesnana, for example, is a clear violation of human dignity.
The enquiry, thus, is not whether the practice is truly religious, but whether its
effect is to subordinate, exclude, or otherwise send a signal that one set of
members is entitled to lesser respect and concern than others.

An articulation of the anti-exclusion principle would also take into account an important truth. In many religious communities, norms and practices are shaped and imposed from above, by community leaders, and then enforced with the force of social sanction. Dissenters are then faced with an impossible choice: either comply with discriminatory practices, or make a painful (and often unsustainable) exit from the community. It is here that the Constitution can help by ensuring that the oppressed and excluded among communities can call upon the Court for aid, and by ensuring that powerful communities are not exempt from guaranteeing the basic norms of fairness, equality, and freedom to all their members.