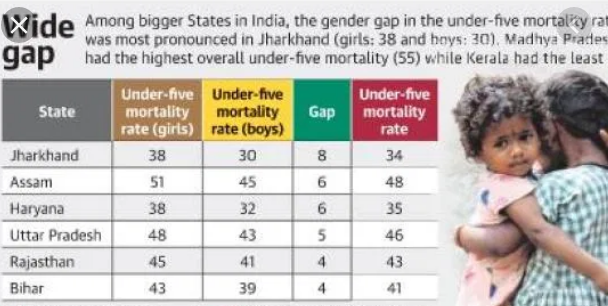 India is among the few countries in the world where, in 2018, the mortality for girls under 5 years of age exceeded that of boys, according to the ‘Levels and Trends in Child Mortality’ report by the United Nations (UN) inter-agency group for child mortality.

The report states that in 2018, fewer countries showed gender disparities in child mortality, and across the world, boys are expected to have a higher probability of dying before reaching age 5 than girls. But this trend was not reflected in India. In some countries, the risk of dying before age 5 for girls is significantly higher than what would be expected based on global patterns. These countries are primarily located in Southern Asia and Western Asia.