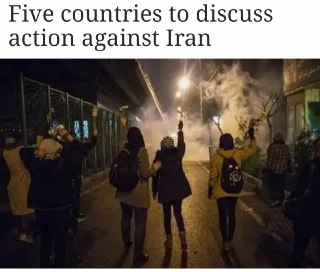 Speaking on the sidelines of an official visit to Singapore on Monday, Vadym Prystaiko said the countries would also discuss compensation and the investigation into the incident.

All 176 people on board the flight died in the crash on Wednesday, minutes after the plane took off from Tehran airport. He said Tehran had agreed to hand over the plane’s black boxes to Kiev for investigation. “We have created this group of Foreign Ministers from the grieving nations.

After days of denials, Iran said on Saturday its military had shot down the plane in a “disastrous mistake”. Mr. Prystaiko said Ukraine was not informed by Iran that it would be taking responsibility before that public announcement. Tehran said its air defences were fired in error while on alert after Iranian missile strikes on U.S. targets in Iraq.