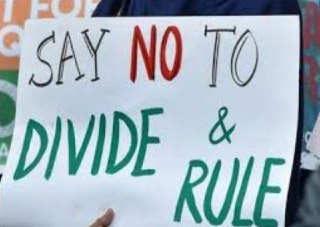 The CAA introduces a religious test in classifying victims of persecution, and granting them citizenship in a secular republic. The one strand of opposition, among indigenous communities in the Northeastern States, is indeed against granting citizenship rights to anyone, regardless of religion. When it comes to addressing the legitimate and well-founded concerns of constitutional experts, the Opposition and several State governments, he tends to turn unhelpfully combative. If Mr. Modi and his colleagues are genuinely concerned that there is misinformation, they must reach out to the critics rather than disparage them.

Instead, party functionaries have latched on to the situation as yet another opportunity for political propaganda, a communal one at that, and launched a marathon monologue. The suggestion is that the CAA’s opponents are opposed to giving refuge to persecuted Hindu, Sikh, Buddhist, Jain, and Christian minorities from Pakistan, Afghanistan and Bangladesh, which they are not. In Sri Lanka, Tamils have suffered in the hands of the establishment and the dominant Sinhalas. Moreover, Islamic sects, Shias and Ahmadiyyas, and non-believers that have come under attack in these three countries are denied the benefit under the CAA for no logical reason.

The explanation that the current CAA is only remedying a grievance left over by Partition is unconvincing. Afghan refugees should not have qualified by that reasoning. In truth, the popular suspicion of the government’s intent draws from its political rhetoric and the link between a National Register of Indian Citizens and the CAA that its functionaries repeatedly seek to forge. By repeatedly misinterpreting the concerns, the government betrays an unwillingness to engage on the issue.