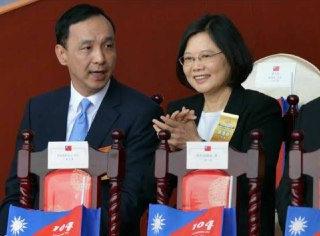 Taiwan’s pro-democracy President Tsai Ing-wen’s re-election, with a record mandate since the country’s first direct elections of 1996, could further strain ties with China. Opposition to Beijing’s one-country two-systems policy has long defined the ruling DPP. The Hong Kong protests have only served to bring into sharp relief the consolidation of democracy and sovereignty in Taiwan ahead of the weekend’s elections.

In a campaign marred by allegations of Chinese fake news and social media trolls on DPP candidates, she was subject to attacks on the authenticity of her degree from the London School of Economics, which the latter has confirmed. Taiwan’s future remains unfinished business for China’s President Xi Jinping, who, in October, presided over the 70th anniversary of the revolution. He has in the recent past declared his intention to use force to unify Taiwan with the mainland. For his part, Mr. Trump departed from protocol after his election when he received Ms.

China has meanwhile leveraged its economic clout to influence much of Africa and Latin America to withhold recognition to Taiwan as a sovereign state. According formal recognition to the island nation’s official name, the Republic of China, is among the DPP’s conditions for initiating dialogue with Beijing. Taiwan’s zealous defence of its market economy and democratic freedoms may not seem compatible with the China model of state-sponsored capitalism and one-party rule. A resolution of the historic dispute could be long-drawn.