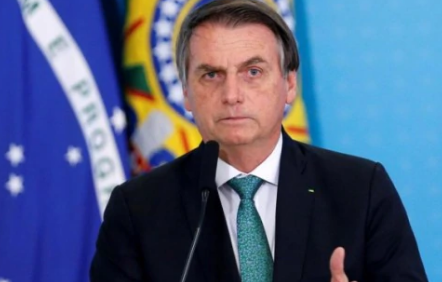 Brazil has agreed to waive visa requirements for Indian citizens.
In recent years, Brazil and India have demonstrated an interest in having a more decisive role in international institutions, one that is proportional to their geographic size and share in world population. Both have campaigned for a UN Security Council permanent seat.

Owing to their geographical significance and relative advantages, Brazil in South America and India in South Asia are also considered as “regional” powers that wield influence in their respective neighborhoods.

Their foreign policy activism offers alternative narratives to those of the West in the BRICS and IBSA, that provide a reference to their “soft balancing” strategy that resents the dominant views of the West.
Brazil, like India, was little receptive to China’s ambitious Belt and Road Initiative (BRI) and there is discussion in Brazil regarding China’s growing economic influence in South America.
India’s trade with Brazil in 2018-19 stood at more than $8 billion.
Top export items from India include organic chemicals, chemical-based products, and pharmaceuticals.

Mr. Bolsonaro, a pro-gun lobby, homophobic, far-right religious former Army Captain, came to power in 2018. On the Amazon delta, his policy has been to withdraw regulation and enforcement, facilitating the utilisation of the indigenous people’s land for the purposes of agri-business, mining and cattle-ranching. He has belittled climate activists like Leonardo DiCaprio and Greta Thunberg and compared indigenous communities living in previously protected areas to animals in zoos.

Under his presidency, the number of black and indigenous people murdered has increased.

Apart from Mr . Bolsonaro's woeful record as President , a larger question pertains to the future of BRICS , the grouping of Brazil , Russia , India , China and South Africa . Each country has different economic and political leverage , and its own burden of domestic and external issues . The BRICS summit in Brasilia last November was an exercise in diplomatic tightrope walking . DESPITE HAVING made disparaging remarks about China in the past , Mr . Bolsonaro was aware that sharing a platform with the heads of China ,Russia and India magnified his own significance both within and outside his country .

The closing statement of the last BRICS summit deftly steered clear of the pitfalls of clashing ideologies and interests , while containing many formulations of self-congratulation that officials in the Indian Ministry of External Affairs can produce in their sleep . Mr . Modi is not Evidently Concerned about Mr . Bolsonaro's status as Washington's Most loyal follower in Latin America , and justify Could His invitation to Mr . Bolsonaro with references to the enduring quality of BRICS , Brazil's agreement to waive visa requirements for Indian citizens , and the potential for Brazilian investments in the sectors of space and defense, agricultural equipment , animal husbandry , post-harvest technologies , and bio-fuels .