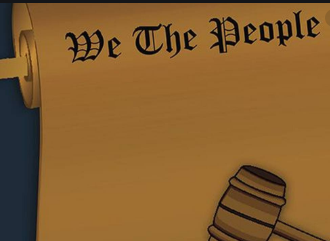 The 4-phases of constitutional interpretation-THE HINDU-27-01-2020

The Constitution of India came into force 70 years ago, on January 26, 1950. Republic Day, especially this year, therefore provides us an opportunity to take a step back from political contestations about the Constitution and consider how the text has been interpreted by the courts over the last seven decades.

Text as phase one

In its early years, the Supreme Court adopted a textualist approach, focusing on the plain meaning of the words used in the Constitution. The leader of the Communist Party of India claimed that preventive detention legislation under which he was detained was inconsistent with Articles 19 , 21 and 22 . Amongst the most controversial questions in Indian constitutional law has been whether there are any limitations on Parliament’s power to amend the Constitution, especially fundamental rights. In its early years, the Court read the Constitution literally, concluding that there were no such limitations.

In the second phase, the Supreme Court began exploring other methods of interpretation. Appeals to the text of the Constitution were gradually overtaken by appeals to the Constitution’s overall structure and coherence. When Parliament attempted to overturn this decision by amending the Constitution yet again, the Court, relying on structuralist justifications, decisively rejected that attempt. Union of India .

Through this decision, the Court conceived of the fundamental rights as a cohesive bill of rights rather than a miscellaneous grouping of constitutional guarantees. This paved the way for the Supreme Court to play an unprecedented role in the governance of the nation. What was common between the first two phases of the interpretive story was that significant decisions involving the interpretation of the Constitution were entrusted to Constitution Benches and were carefully reasoned. There was limited scope for precedential confusion, since matters which had been decided by Constitution Benches and which demanded reconsideration were referred to larger Constitution Benches.

In the third phase, the Supreme Court’s interpretive philosophy turned far more result-oriented than it had ever been. This unique decision-making process sidelined reason-giving in preference to arriving at outcomes that match the Court’s perception. This can be best described as panchayati eclecticism, with different Benches adopting inconsistent interpretive approaches based on their conception of the Court’s role, and arriving at conclusions that were often in tension with one another. The imagery that panchayati eclecticism is meant to invoke is that of a group of wise men and women , taking decisions based on notions of fairness that are detached from precedent, doctrine and established interpretive methods.

We are currently in the midst of transitioning from the third phase of constitutional interpretation to the fourth. In the fourth phase, the Court has acknowledged as critical to its interpretive exercise the purpose for which the Constitution has been enacted. India’s Constitution, at its very inception, was different. In enacting the Constitution, the founders of our Republic expressed a sense of unease with the status quo and raised expectations of root-and-branch social revolution and transformation.

The Court is now beginning to interpret the Constitution in accordance with its revolutionary and transformative potential. With about a dozen significant Constitution Bench decisions from the Supreme Court since September 2018, there has been a renaissance in decision-making by Constitution Benches. This includes the Court’s decisions striking down Section 377 and the criminal offence of adultery, and including the office of the Chief Justice of India within the scope of the Right to Information Act.