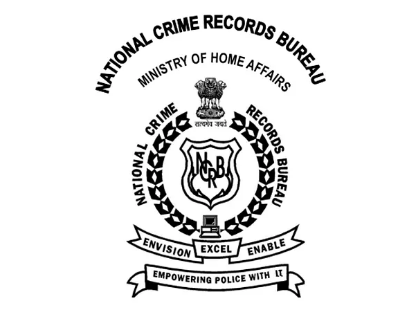 After a delay of two years, the National Crime Records Bureau has published the annual crime against women in India Report 2017. But, NCRB is the only source of crime data we have today.

• The first is that some of the States laziness in providing data.

The delay in figures it receives from the State police forces and does not tinker with them to reach a predetermined conclusion.
It hits a roadblock when a few States either don’t bother to send the figures or send them much after the volume is published.

• The second problem is that questions are raised over the utility of the data.

There was a two-year delay in releasing the crime statistics for 2017.
Just two months after it was published, the ‘Crime in India’ 2018 report was released. These numbers are only relevant to researchers, not policymakers.

It is strange that there are such delays in an age of computerisation, when we boast of efficient and swift online services.

Part of the blame rests on State police agencies. It is intriguing why they cannot send preliminary figures to the NCRB by mid-January every year and fine-tune the figures a few months later. A fossilised CII is meaningless.

• The third problem lies with the police and the public.

The police are notorious the world over for not registering complaints. They do this so that they can present a false picture of a decline in crime. This pernicious practice is often encouraged by the top leadership.

The public is also not very enthusiastic about reporting crimes to the police. They are fearful of being harassed at the police station or do not believe that the police are capable of solving the crime. This is a Catch-22 situation.

• To be fair to the NCRB, we must concede that the organisation has more than justified its existence. The CII is used extensively by researchers.


What are the issues with the report?

Delay in the report:

• The bureau said that the addition of the new categories had led to a delay in the report’s release.
The government officials had blamed the States of West Bengal and Bihar for lackadaisical responses in sending data, and said that more subheads for the data would be added in the latest report requiring further collation and error corrections.

• These new subheads reportedly included data on hate crimes besides those related to mob lynching, killings ordered by khap panchayats, murders by influential people, besides “anti-national elements”.
Except for the last category — Crimes by Northeast insurgents, left-wing extremists and terrorists — the other subheads are missing in the report. This suggests that the Bureau was not keen on including them.

• The Supreme Court in 2018 had, in an order, called for a special law to deal with lynching. The Central government has time and again argued against the need for a separate law and has affirmed that curbing lynching was a matter of enforcement.

• Data on such hate crimes would have been useful in both law enforcement and jurisprudence.
Without a proper accounting of hate crimes — as of now there exist only a few independent “hate crime trackers” based on media reports. This raises questions on the seriousness of the government on tackling hate crimes effectively.

• The Union Home Ministry has said that data received by the National Crime Records Bureau on certain crimes like lynching and attacks on journalists were “unreliable and their definitions are also prone to misinterpretation”.

• The NCRB data on crime hide significant variances in case registration of serious crimes such as rapes and violence against women across States, which makes it difficult to draw State-wise comparisons.

Differences in reporting by the states:

• There is the possibility of some States reporting such crimes better.

• This is relevant, particularly in rape cases, where the Union Territory of Delhi registered a rate of 12.5 per one lakh population, surpassed only by Madhya Pradesh (14.7) and Chhattisgarh (14.6).

• The filing of rape complaints in Delhi has significantly increased following public outcry over the December 2012 rape incident and this could partially explain the high rate of such cases.

• The fact that Delhi recorded 40.4% of the total IPC crimes registered among metropolitan cities in 2017 is also likely due to the use of easier (online) means to register them.

Census base year:
•
The other drawback in the report is the use of the census base year as 2001 to calculate crime rates for States and 2011 for metropolitan cities, which make the assessments disorganised.