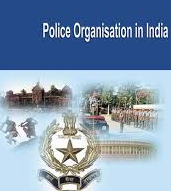 • The Union Home Minister released the Data on Police Organizations 2019.

• The Data on Police Organizations is the flagship publication of the Bureau of Police Research and Development (BPRD).

• The strength of women in the police forces in India is 8.98% of the total strength. This includes both civil and special armed forces.

• There are a total of 16,587 police stations in the country, while the sanctioned number is marginally higher at 16,671.