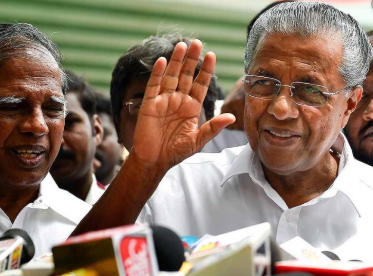 Kerala Chief Minister Pinarayi Vijayan on Wednesday responded to a Rajya Sabha member filing a petition to initiate a breach of privileges and contempt proceedings against the CM for passing a resolution against the Citizenship Amendment Act in the Kerala Assembly. On December 31, 2019, the 140-member Kerala Assembly adopted a resolution seeking scrapping of the CAA as it was "illegal and unconstitutional".

Referring to a petition filed by Bharatiya Janata Party member G.V.L. Narasimha Rao against Mr. Vijayan after the Kerala Assembly passed a resolution against the Citizenship Act on December 31, Mr. Vijayan said the Assembly had its own rights and privileges and it could not be violated. The ruling Left Democratic Front and the Opposition United Democratic Front that is led by the Congress, had supported the resolution demanding that the Centre rescind the Act.

Similarly, the Assembly had a special protection and it could not be violated, Mr. Vijayan said. Still, nothing could be ruled out since strange things were unfolding in the country, the Chief Minister said, while briefing reporters about the decisions of a Cabinet meeting here. Asked about the strong reactions of Governor Arif Mohammed Khan on the protests against the Act, Mr. Vijayan said that such remarks need be deemed only as his personal observations.