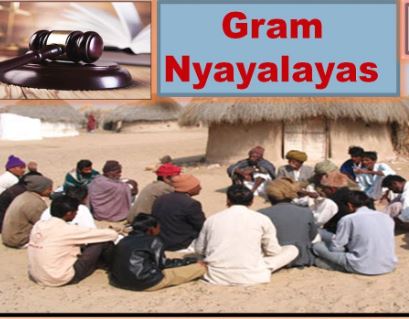 • The Supreme Court has directed the states, which are yet come out with notifications for establishing Gram Nyayalayas, to do so within four weeks.

• The apex court also asked the high courts to expedite the process of consultation with state governments on this issue.

• A bench headed by Justice N V Ramana also took into account the fact that several states have issued notifications for establishing Gram Nyayalayas but all of them were not functioning except in Kerala, Maharashtra and Rajasthan.

• The bench noted that states like Gujarat, Haryana, Telangana, West Bengal, Uttarakhand, Chhattisgarh and Odisha have not yet filed their affidavits on this issue despite the apex court’s last year direction.

• The apex court had in September last year agreed to hear a plea seeking a direction to the Centre and all states for taking steps to set up Gram Nyayalayas under the supervision and monitoring of the top court.

• An Act passed by Parliament in 2008 provided for setting up of Gram Nyayalayas at the grassroots level for providing access to justice to citizens at the doorstep.