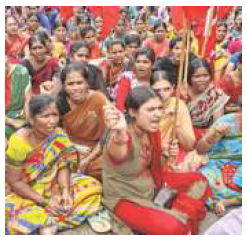 Karnataka governmentâ€™s issuance of the notification allowing women to work night shifts in all factories registered under the Factories Act, 1948.

In November 2019, the Karnataka government issued a notification allowing women to work night shifts (7 p.m. to 6 a.m.) in all factories registered under the Factories Act, 1948.
States that already allow this are Haryana, Rajasthan, Punjab, Andhra Pradesh, Madhya Pradesh, and Maharashtra.

The amendment suggests that night shifts for women will only be allowed if the employer ensures adequate safeguards concerning occupational safety and health, protection of dignity and honour, and transportation from the factory premises to points nearest to the workerâ€™s residence. The amendment stipulates 24 points related to occupational rules and regulations.

In line with the Night Work Convention, 1990 of the International Labour Organization, these States amended the Factories Act to remove both sex-based discrimination in night work and restrictions on the fundamental right to practise any profession, occupation, trade, or business of oneâ€™s choice.

This move has to be read alongside the Stateâ€™s attempt to improve ease of doing business, investor friendliness, and flexibility in a macroeconomic climate vis-a-vis increasing female work participation rate, which is only 25% in India.

Welcoming the decision, industrial bodies and chambers of commerce have said it will benefit the trade and manufacturing sectors, especially the garment industry.

Women garment workers are concerned that while the amendment has stipulated many â€˜newâ€™ guidelines amidst the plethora of unaddressed concerns, allowing night shifts would only extend daytime exploitation.

The Garment Labour Union, a women-led trade union argues that if gender equality is a concern, the state ought to first ensure better working conditions and higher wages in garment factories.
Women are being allowed to work night shifts in factories in Karnataka even as their concerns about daytime work persist.

Implementation of occupational rules and regulations:

The 24 points related to occupational rules and regulations stipulated by the amendment have been in existence for years. Yet, women workers fear that when there is no safety or dignity in the workplace even during the daytime, there is very less chance that the employers will be able to ensure all this during night shifts.

Lack of consultations with stakeholders:

The workers were neither consulted on this matter nor given a circular for their perusal. Omitting workers and trade unions from discussions about the amendment is also seen by the workers as a short-sighted measure.
The new rules recommending monthly meetings with the representatives of the employer seem farcical.
Minimum wages:

Workers remain pessimistic as they are still not given the promised minimum wage. They are puzzled that the night shift amendment does not address the issue of pay structure for night work. Given the very low bargaining power of the employees, this can lead to the exploitation of workers.

Though the amendment places the onus on employers to prevent sexual harassment, workers say existing mechanisms aimed at addressing workplace violence, including abuse of workersâ€™ rights and verbal abuse, which are primarily driven by unrealistic production targets, are simply absent or dysfunctional.

Workers also express scepticism about strengthening the role of inspectors in factories, as past experience shows improperly conducted inspections or negligence towards grave violations. The reality is that workers face the threat of losing their jobs if they report such violations.

While the amendment has prioritised installation of CCTV cameras, workers point out that there is no guarantee of their operational status or clarity on who handles the footage.

The amendment has also failed to address child care, an important concern in a women-dominated sector, especially when paid care is beyond their means.

Other promises such as 12 consecutive hours of rest between the last shift and the night shift, separate canteens, and more restrooms also appear unconvincing in a context where even restroom breaks are infrequent due to high production targets.

In a sector where there is systemic failure and worker-management relations are turbulent, putting the onus of worker safety and security in the hands of the management alone can be risky.

It is well-known that in supply chains, the brands call the shots. Involving them in discussions on worker dignity and equality is important, which has been neglected in the framing of the current framework.