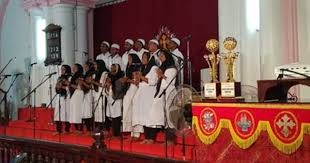 The anti-­ Citizenship (Amendment) Bill protests have brought demands of the Adivasis or tea tribes in Assam to the forefront.

Assam Chief Minister Sarbananda Sonowal has met the leaders of two influential Adivasi students unions and assured them that the State government would take steps to fulfil their demands.

Their demands include providing land deeds for settlement of landless Adivasis, appointment of Adivasi language teachers in the State higher secondary schools and taking in more students of the community for free UPSC, medical and engineering coaching classes.

The Adivasis, comprising 106 sub-­groups, are the largest of the six communities demanding the ST status.
The others are Chutiya, Kocha-Rajbongshi, Moran, Matak, and Tai-Ahom.

The Adivasis comprise 18% of Assam 3.1 crore population and are considered a major vote bank because of their alleged tendency to back political parties or individual candidates.

They are said to be the determining factor in at least 30 to 35 of the State 126 Assembly seats.
Assam Devakanta Barooah, the then Congress president during the Emergency era, had infamously said that his party would continue to rule the State on the strength of the Adivasis voters. Ali represents the State 34% Muslims, while Kuli means the tribe.