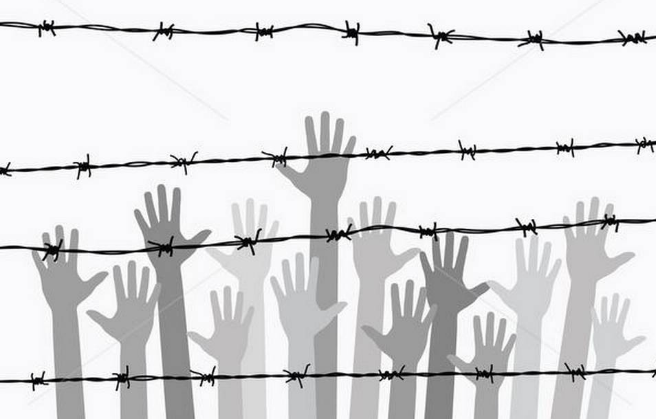 The Citizenship Act 2019, or CAA, 2019, passionately contested by people across the country, by placing these filters of religion and nation, reminds us urgently of the moral imperative of an expansive and humane refugee law.

This must conform to what is finest in India’s civilisational ethos, and to the morality of India’s Constitution. Scholars suggest that whereas he was committed to the principles enshrined in the Convention, he was unwilling to legally bind the country to its obligations.

Refugees get legal rights, most important of which are “non-refoulement”, which prevents states from sending back refugees to persecution in their home countries.

India has long argued that even without signing the Convention, in practice it is one of the leading refugee-receiving countries. Refugees include Sri Lankan Tamils, Tibetans from China, Chin minorities from Burma/Myanmar, and Hindus from Bangladesh and Pakistan.

The answer lies in discrimination in the recognition of refugees and the award of citizenship, embedded sometimes in laws and rules, and at other times in official practice.

These include the morally indefensible, indeed shameful decision of the Indian government to send back Rohingyas to conditions which the International Court of Justice has recently deemed to be genocidal, and changes in passport rules even prior to the passage of the CAA which in effect discriminated between people on the basis of their religion.

There are many problems with Indian law relating to refugees. The first of these is that our law does not distinguish between “foreigners” and “refugees”. This means that refugees depend on state discretion, indeed “benevolence” rather than inherent rights. This may have been true of an India led by Nehru.

In the absence of explicit recognition in Indian law of the category of refugees, or of their legally binding rights, even the guarantees of fundamental rights to equality and non-discrimination and humanitarian obligations did not prevent India from violating the core principle of non-refoulement, of not sending back a person to situations of persecution, such as those faced by Rohingyas. Let us rewind to the litigation in India’s Supreme Court, challenging the government’s proposed deportation of seven Rohingya in 2018.

When seven repatriated Rohingya men were only hours away from the border with Myanmar, rights activists who has just come to know of this, made a dramatic urgent intervention in the Court, pleading that their being thrown mercilessly into a genocidal situation be stopped immediately.

The Supreme Court bench, which included the then Chief Justice of India, Ranjan Gogoi, refused to stay their deportation, basing its ruling primarily on a brief Union government affidavit which claimed that Myanmar had accepted the refugees as “citizens” and the men had orally agreed to be repatriated.

Message from the ICJ verdict

The case against Myanmar was brought to the international court by a small west African Muslim nation, The Gambia. It rejected Myanmar’s civilian leader Aung San Suu Kyi’s testimony on behalf of her government, where she described the allegations brought by The Gambia as “an incomplete and misleading factual picture” of the prevailing conditions in Rakhine State.

The world court warned the Myanmar military against any conspiracy to commit genocide, and directed Myanmar authorities to take steps to protect its minority Rohingya population from genocide. For the Indian government and the Supreme Court, this judgment should be a moment for both introspection and atonement.

The government has never referred to the Rohingya as refugees but as illegal immigrants, security threats and potential terror threats. They have not been included as eligible for citizenship under the 2019 amendment, because of their religion and country of origin.

This would, first, recognise eligible undocumented immigrants as refugees, based on evidence determined by due process of their persecution in their home countries.

The second is that they would be assured lives of dignity within India, with education, health care and livelihoods.