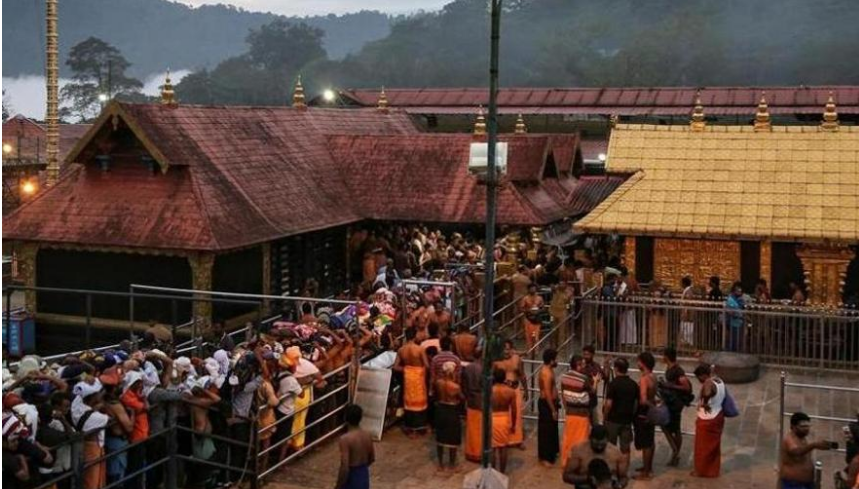 A five-judge bench that heard the Sabarimala review petitions framed seven questions to be answered by a larger bench, resulting in the constitution of a nine-judge bench.

The Supreme Court on Monday upheld the reference to larger bench of the legal questions surrounding entry of women into the Sabarimala temple.

A nine-judge bench headed by Chief Justice of India SA Bobde held that the Supreme Court, while exercising its powers under review jurisdiction, is empowered to frame legal questions and refer the same to a larger bench. The court also reframed questions to be heard by the bench.

The court in that judgment had observed that the practices entailing restriction on entry of women in places of worship was not limited to the Sabarimala case, but also arose in respect of three other cases pending before the Supreme Court - one was on entry of Muslim women in a dargah/mosque and the other one on Parsi women marrying to non-Parsi men into the holy fire place of an Agyari.

The court had said the review petitions can be decided only after the legal questions concerning women’s rights vis-a-vis religious practices are settled by a larger bench of not less than seven judges.

The Sabarimala temple, abode of Lord Ayyappa, is one of the busiest pilgrimage sites in South India. The top court, in its 2018 judgement, had struck down Rule 3 of the the Kerala Hindu Places of Public Worship Rules, 1965, which was the legal basis for barring entry of women between the ages of 10 and 50 years into Sabarimala.

Subsequently, at least 60 review petitions were filed in the Supreme Court challenging the September 2018 verdict which was heard by the five-judge bench in open court before it delivered its verdict on

November 14 last year framing seven questions to be considered by a larger bench. The review petitions will be decided after the nine-judge bench answers the legal questions referred to it.