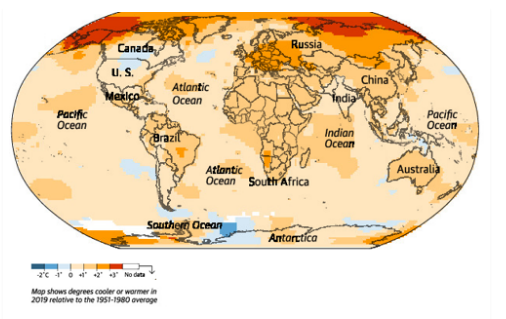 The year 2019 was the second warmest year ever, with 2016 being the warmest, which had experienced a strong El Nino. The global average surface temperature in 2019 was nearly 1.71 degree Fahrenheit higher than the average temperature between 1951 and 1980.

Interestingly, not all parts of the earth are heating uniformly. In fact, some places (central Canada and northern plains of the United States) are colder than they were previously. Notably, in India, southern India was warmer than northern India in 2019 compared to the average.