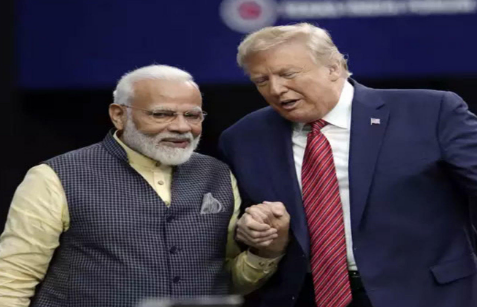 President Donald Trump will visit India on February 24 and 25, as per an official announcement from the White House on Monday. “During a phone call over the weekend, President Trump and Prime Minister Modi agreed the trip will further strengthen the United States-India strategic partnership and highlight the strong and enduring bonds between the American and Indian people. The Hindu has learned that India’s newly appointed Ambassador to the U.Z.Z.Z.S., Taranjit Singh Sandhu, who presented his credentials to Mr. Trump last week, also handed over an official invitation to the President to visit India. Preparations are underway in India.

sides are trying to put together a limited trade deal which Mr. Modi and Mr. Trump will sign during the visit. Sources close to the negotiations told The Hindu last week that while they were “hopeful” a deal would be reached before Mr. Trump’s visit, it was not a given, as there were gaps in the negotiating positions of the two sides. India is preparing to approve a USD 2.6 billion deal for 24 MH-60 Seahawk helicopters from Lockheed Martin, as per a Reuters report.