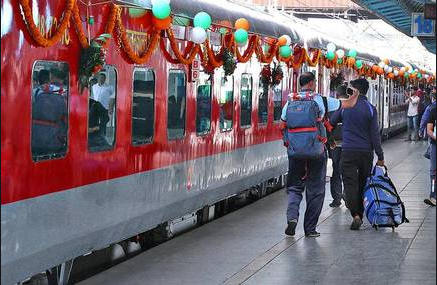 The Western Railway would be executing works worth Rs.4,011 crore to convert the Mumbai-Delhi line into a semi-high speed corridor allowing trains to run at speeds of up to 160 km per hour. The 1,384-km corridor now takes 15.5 hours to cover and Mission Raftar aims to reduce it to 12 hours. “The detailed estimate for the work on the WR portion is Rs.4,011 crore. In the WR’s proposal, civil works amount to Rs.1,933 crore, of which Rs.660 crore will go towards building boundary walls and fencing of the corridor.

Not only the life of people trespassing or livestock but also the passengers aboard the train are put at risk,” a railway official said. The other major civil work includes closing of level crossing gates by providing road overbridges and subways, which would cost around Rs.4,400 crore and will be financed under a separate budgetary head. The bridge over Vaitarna creek in Palghar will be replaced at a cost of Rs.330 crore. The other major expenses are in the electrical works, which are expected to cost Rs.1,237 crore and include critical upgrades to the current system.

“Since long-distance trains share space with local trains, it is not feasible to run them at these speeds,” a senior railway official said.